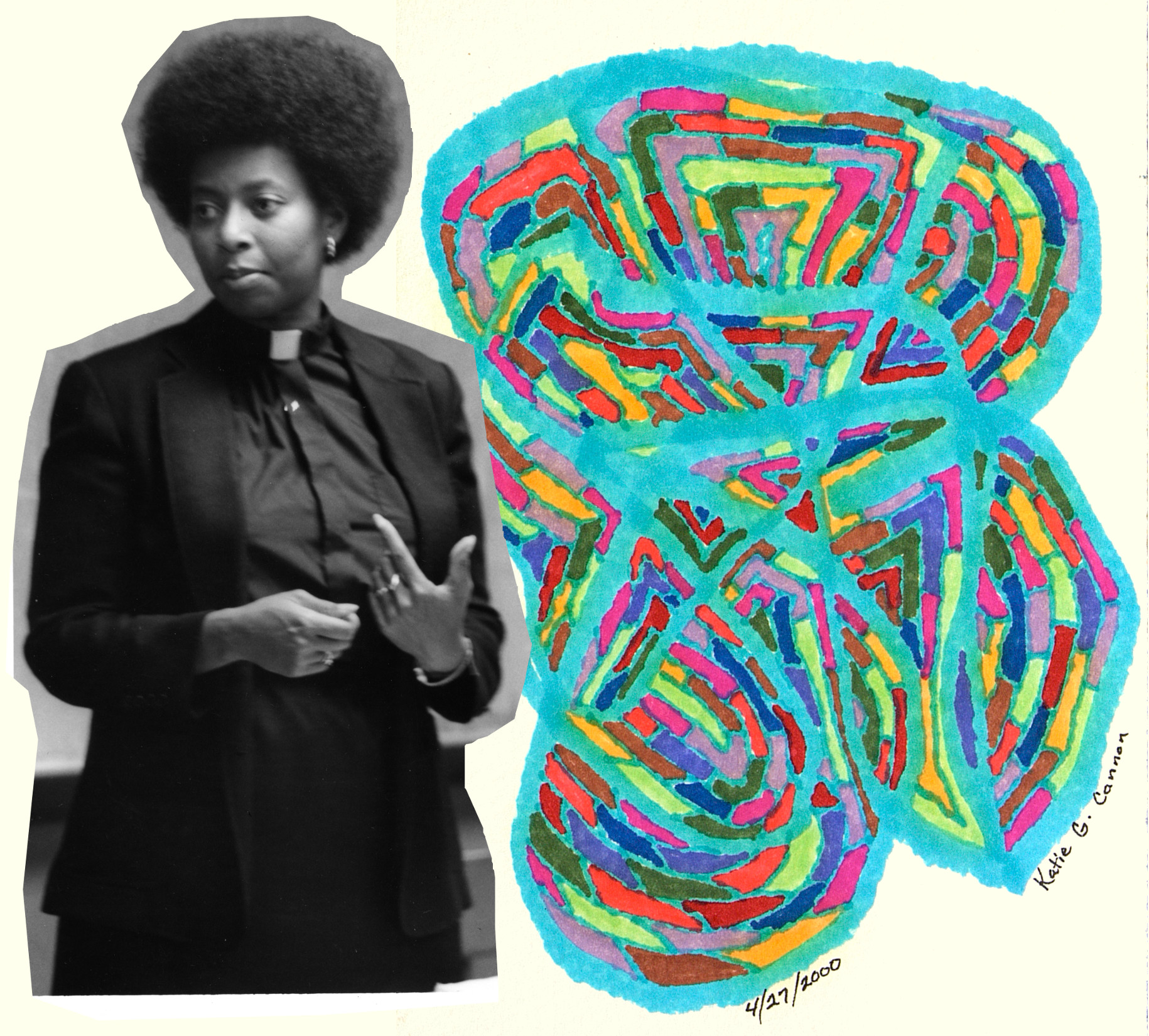 PHS is pleased to announce progress in an inter-institutional effort to publish the personal records of the founding voice of Womanist/feminist/mujerista theology, Katie Geneva Cannon. This week, records belonging to the Center for Womanist Leadership at Union Presbyterian Seminary in Richmond, Virginia, were transferred here for imaging. In 2022, PHS will begin scanning records from the Burke Library at Union Theological Seminary (Columbia University Libraries). 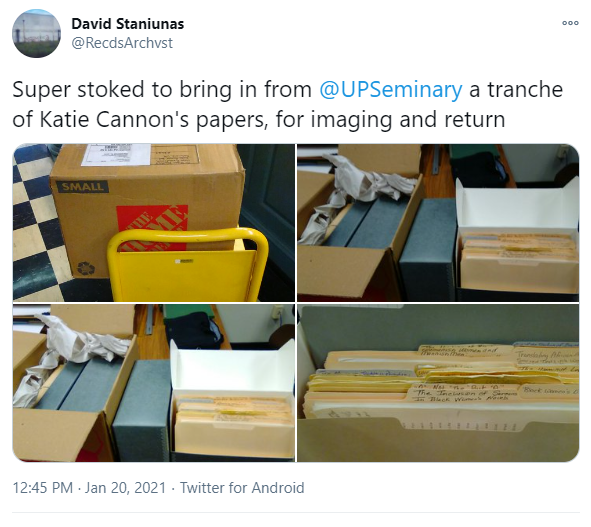 The ultimate aim of our work is to represent in a single online location personal records of Katie's that she intended to distribute among PHS, Union Presbyterian Seminary, and Union Theological Seminary in New York.

Our work on the archives began in 2017 when we digitized a 1987 oral history with Katie. One of the terms of the oral history was that it could not be published without her permission. I wrote to Katie at Union Presbyterian Seminary, partly to check in on her records, and partly to get permission to publish. She replied with the grace and cosmic perspective that still, rereading her message, makes the rote work of filling out forms and processing authorizations feel insignificant:

I have no recall what I said 30 years ago, but whatever I shared was true of my reality in that space and at that particular time. However, the saying is that every 20 years every cell in our bodies is renewed, born again. So with one score, plus ten years since recording the interview, I am a totally different person in my vocational endeavors, journeying, morning by morning from 1987 to 2017.

In this discipline, it's not every day that a records creator says, in effect, I can't prohibit you from doing anything to the old me, because all my cells are entirely new. 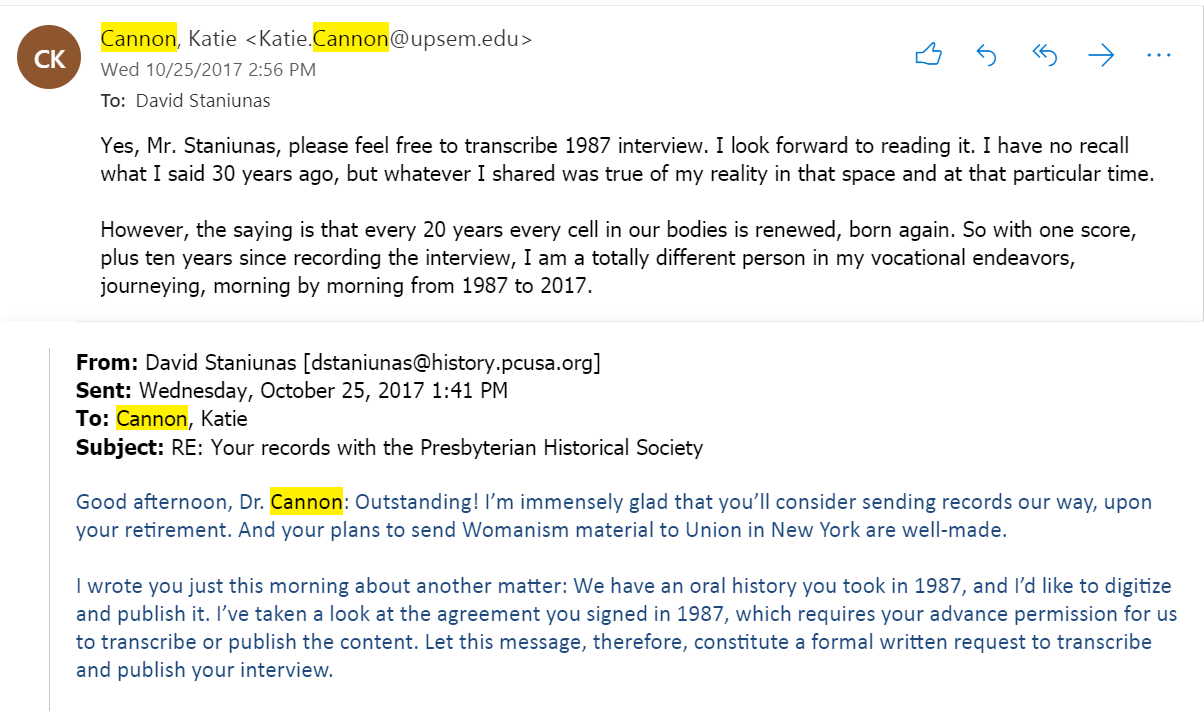 Katie was to be honored at the 2018 General Assembly by the PC(USA) Committee On Theological Education, and it was my business to be present there, and keep the archives on her radar. By then Katie's reality in space and time had changed again; she was too ill to come to St. Louis, and she died that August. Over the next couple of years I met her mother Corine in Atlanta, and met her brothers Jerry and John and sister Linda in Charlotte, hoping to remain present for Katie's family.

With support from donors to our African American Leaders and Congregations Collecting Initiative, we're able to image about 1,600 pages of Katie's Union texts, and add to our holdings in Pearl multiple gigabytes of her public appearances, lectures, and PowerPoints.

Our thanks as ever go to Bridgett, Linda, John, Jerry, and Corine Cannon; to Melanie Jones and Paula Parker of the Center for Womanist Leadership; and to Ryan Douthat of the archives at UPS.