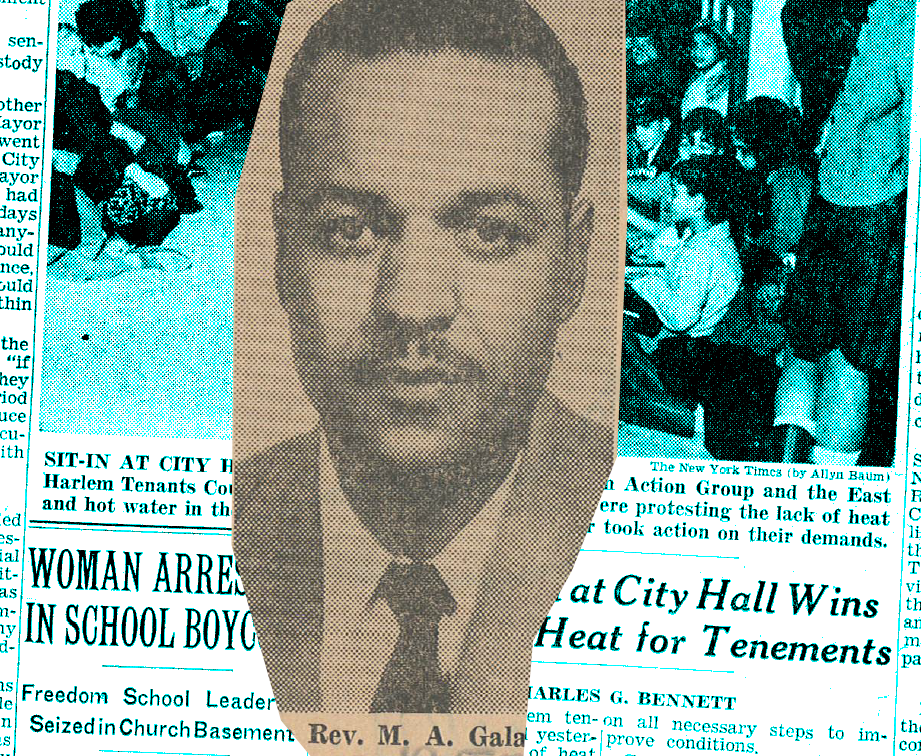 "The Negroes and the Puerto Ricans have had it."

So wrote Graydon McClellan, executive presbyter of the Presbytery of New York, in a 1965 pastoral letter supporting the activism of one of its minister members, Milton Arthur Galamison, who had just led a march of students through Harlem in protest of the continued segregation of New York's public schools, and the subordinate treatment of Black and Puerto Rican children.

"Mr. Galamison dramatically represents that fact. The people he leads are not out to win our favor or approbationbut to win educational rights for their children. They have waited for the rest of us to respond to the shocking studies, to exhibit concern for the full education of all children. They have complained and they have pleaded. And basically we have done nothing."

The Times ran with "400 Students Riot At Rally For Boycott": "Four hundred boycotting Negro students broke through police barricades outside the Board of Education yesterday in a brick-throwing, window-breaking riot in which three policemen were struck, one youth was injured and 12 were arrested." 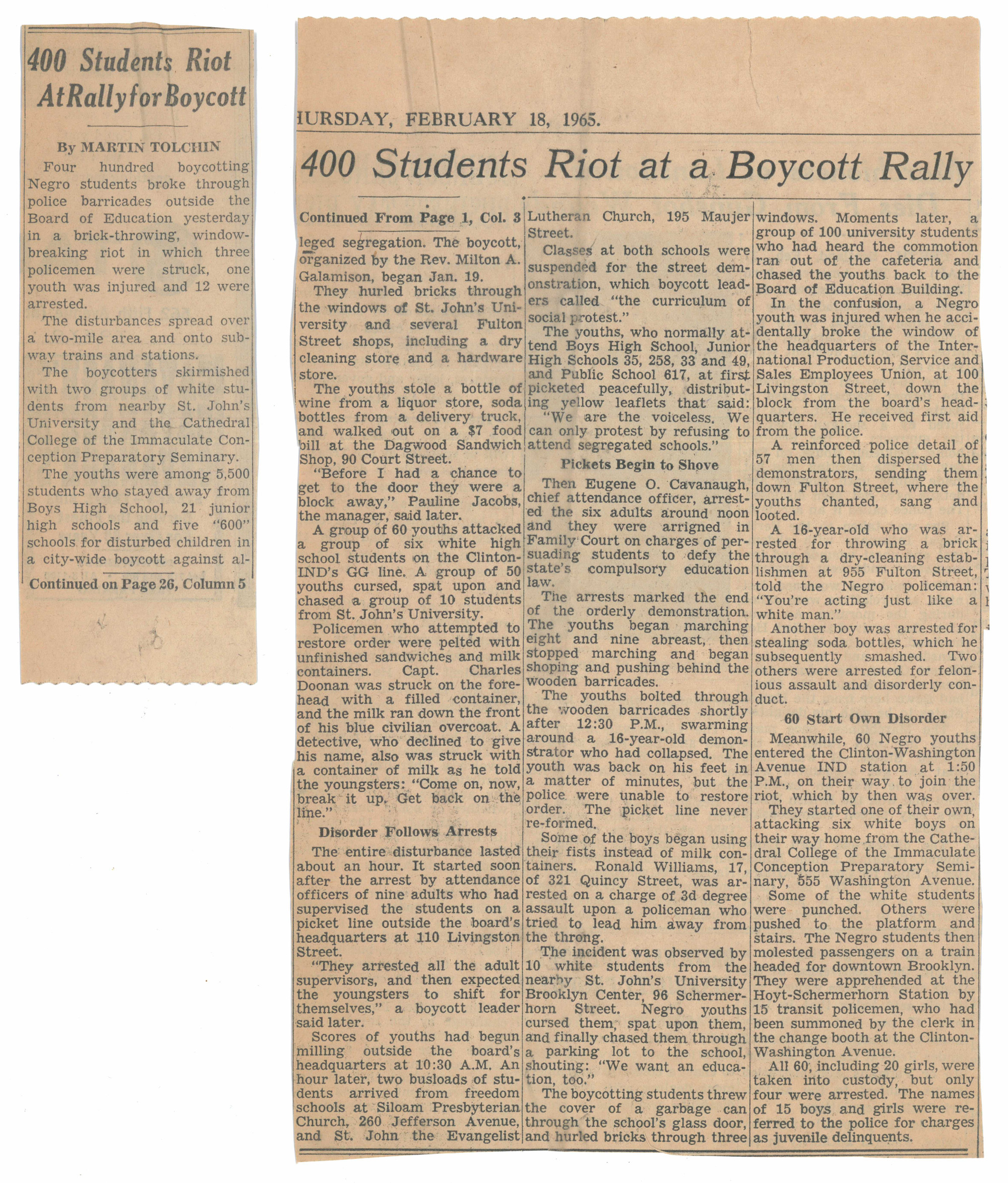 Notes from the records of the Presbytery, held at PHS since 1993, say that Galamison led about 150 students, "escorted by 20 police and 10 adults. 2 arrested for taking aerials off cars. Policemen broke up demonstration by leading them off the line. Scattered. 6 adults in jail & 11 kids. Lawyers taking care of kid." 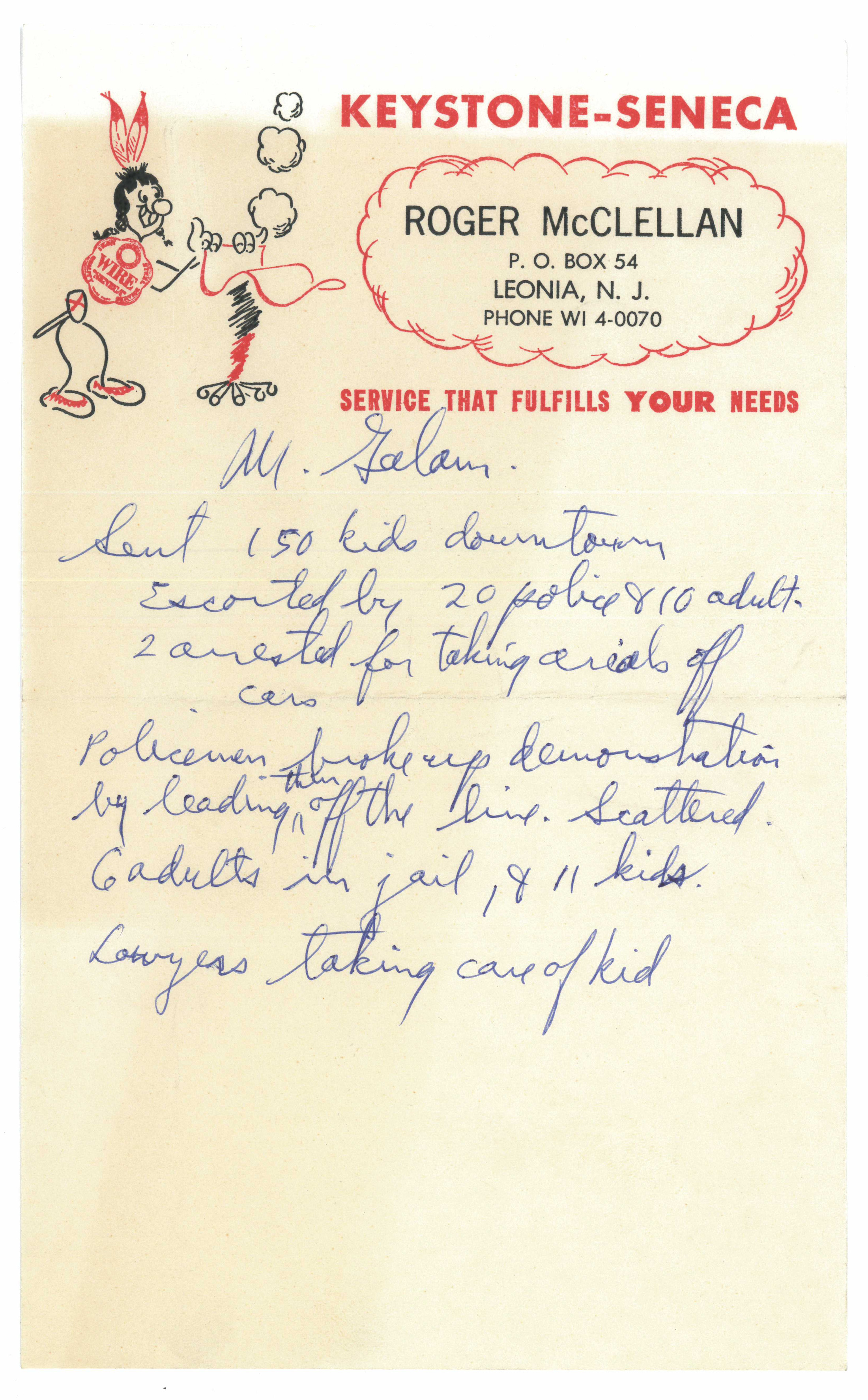 Casual racism embodied in the header for Keystone Seneca wire service, 1965; likely Graydon McClellan's notes from a telephone call. From records of the Presbytery of New York City, accession number 93-0819a.

At the time, Galamison was pastor of Siloam Presbyterian Church in Bedford-Stuyvesant, the third-oldest African American Presbyterian church in the U.S., a congregation of some 2200 people. A gifted speaker, Galamison was an early adopter of television as a meduim of preaching and teaching, appearing on WABD-5's Dumont Morning Chapel, and the National Council of Churches / NBC production Frontiers of Faith. His personal records are held at the New York Public Library's Schomburg Center.

On February 3, 1964, Galamison led an umbrella group of civil rights organizations in a daylong boycott of New York public schools. Some half million students refused to go to class, and the state education commissioner promised to draft and implement a plan for desegregation of schools and equitable access to education. Following the city's failure to implement the plan, known as the Allen Report, Galamison's group led two more boycotts. The reverend was arrested more than 10 times over the course of a year. After one court appearance he said, "The boycott would continue even if I went to jail. This is a people's movement and not the work of one man."

The movement's political opponents smeared Galamison and his partners as manipulators of children, and the group folded in 1966. In 1967 he organized a new group, Citywide Coalition for Community Control, which called for community control of neighborhood schools. Limited adoption of community control led to a teachers' strike in 1968. Galamison would be appointed to the Board of Education by John Lindsay that year and would later serve as its vice president. Having labored for 40 years at Siloam, and a powerful legacy of educational activism, Galamison died after a short illness in 1988.

As the archives of the National Council of Churches, PHS holds at least 18 episodes of Frontiers of Faith. Get in touch if you'd like to sponsor digitization of one.