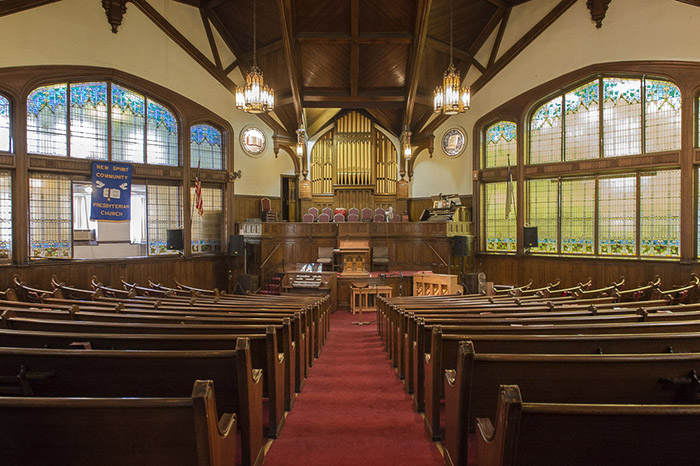 In 1858 Abby and William C. Longstreth founded The Greenway Sabbath School to teach and nurture the children of Southwest Philadelphia. When the neighborhood realized the need for an established church, Rev. Henry E. Thomas became the first pastor of the Greenway Presbyterian Church. This faith community merged with Westminster Presbyterian Church in 1906, and the new congregation found a home in the heart of Southwest Philadelphia.

The merged congregation grew quickly into one of the largest Presbyterian churches in West Philadelphia and membership reached a high of 1,671 in 1960.  Over the years Westminster sent out hundreds of missionaries and ministers, including Rev. H. George Vorsheim who, on a missionary trip to Japan, led the lead pilot who bombed Pearl Harbor, to the Lord.  Vacation Bible School started in the 1920's and continued well into the 2000's.

In 1822, when the General Synod of the Associate Reformed Church merged with the PCUSA, the Second Associate Reformed Church became part of the Second Presbytery of Philadelphia, and was renamed Ninth Presbyterian. In 1841, Ninth members dedicated a new building at the corner of Sixteenth and Sansom where it remained until 1911 when it relocated to Fifty-Seventh Street and Washington Avenue.  Ninth Church grew in membership at its new location until about 1950.

For over a century, Westminster — and then New Spirit Community Church, faithfully served this ever-changing neighborhood on the corner of 58th Street and Chester Avenue. However, in 2012 the building that had sheltered this community since 1910 was in disrepair and the future of this congregation’s ministry was uncertain.

In 2013, as New Spirit was discerning its future, Wayne Presbyterian church was also discerning new ways to continue their long term relationships in the neighborhood through their CityLights ministry. Through the power of the Holy Spirit, Wayne Presbyterian Church said ‘yes’ to caring for the building and the ministries within it, and New Spirit Community Church said ‘yes’ to a new way of being as a nesting congregation.  The building is now called The Common Place — a sacred space to do life together that serves the children and families of Southwest Philadelphia through faith, education, and support. The Common Place is still home to New Spirit Community Church.  God will continue to proclaim this story of preservation, renewal and hope.

In 2016, several churches in Southwest Philly joined New Spirit to hold a big Vacation Bible School with classes for all ages.  Christopher Holland who was serving as a lay pastor was ordained March 2017. The bountiful blessings go on and on at 5736 Chester Ave., beyond our wildest expectations! To God be the Glory!!!!