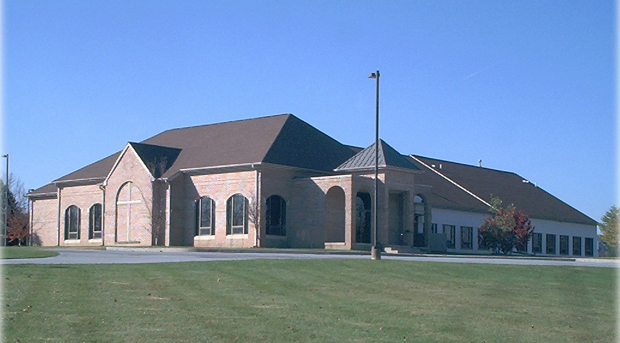 In 1960, the Presbytery of Philadelphia purchased 13+ acres of land at Smithbridge and Bethel Roads, with the vision of beginning a church there sometime in the future.  Early in 1979, the vision began to take shape.  The farmhouse property, adjacent to the 13+ acres, was purchased.  Initial worship services were held in the basements of the homes of two early members.  In May of 1980, H. Stanley Wood was called to serve as the organizing pastor.  The emerging congregation spent hours cleaning, repairing, painting and furnishing the farmhouse and, by that summer, services were being held there.

On June 20, 1982, Concord Liberty became an official PCUSA Church.  Later that year, the congregation received approval to begin converting the barn into a worship center.  The barn served as a place of worship until 1995.

In 1989, James DiRaddo was called as Pastor.  In 1991, the Presbytery approved the construction of a new worship center and Christian Education rooms.  The building was occupied and dedicated in the spring of 1995.  In 1998 CLPC again broke ground in 1998 to expand its Christian Education facilities, which were occupied and dedicated in the fall of 1998.

Following the retirement of James DiRaddo in 2001, the congregation was led by Pastor John Berstecher, and is currently being led by Pastor Steven Morganti.

CLPC’s Mission is to Love God, Share Christ, Serve Others.  Small Groups, Vacation Bible School, Kids-on-the-Move, youth groups, mission trips, women’s and men’s ministry events, Community Service days, Stephen Ministry, choir, praise band and worship are all an integral part in carrying out this Mission as we seek to draw people of all ages to Jesus Christ by proclaiming the Gospel, loving and serving our neighbors, and imparting hope and help to the broken for the glory of God.