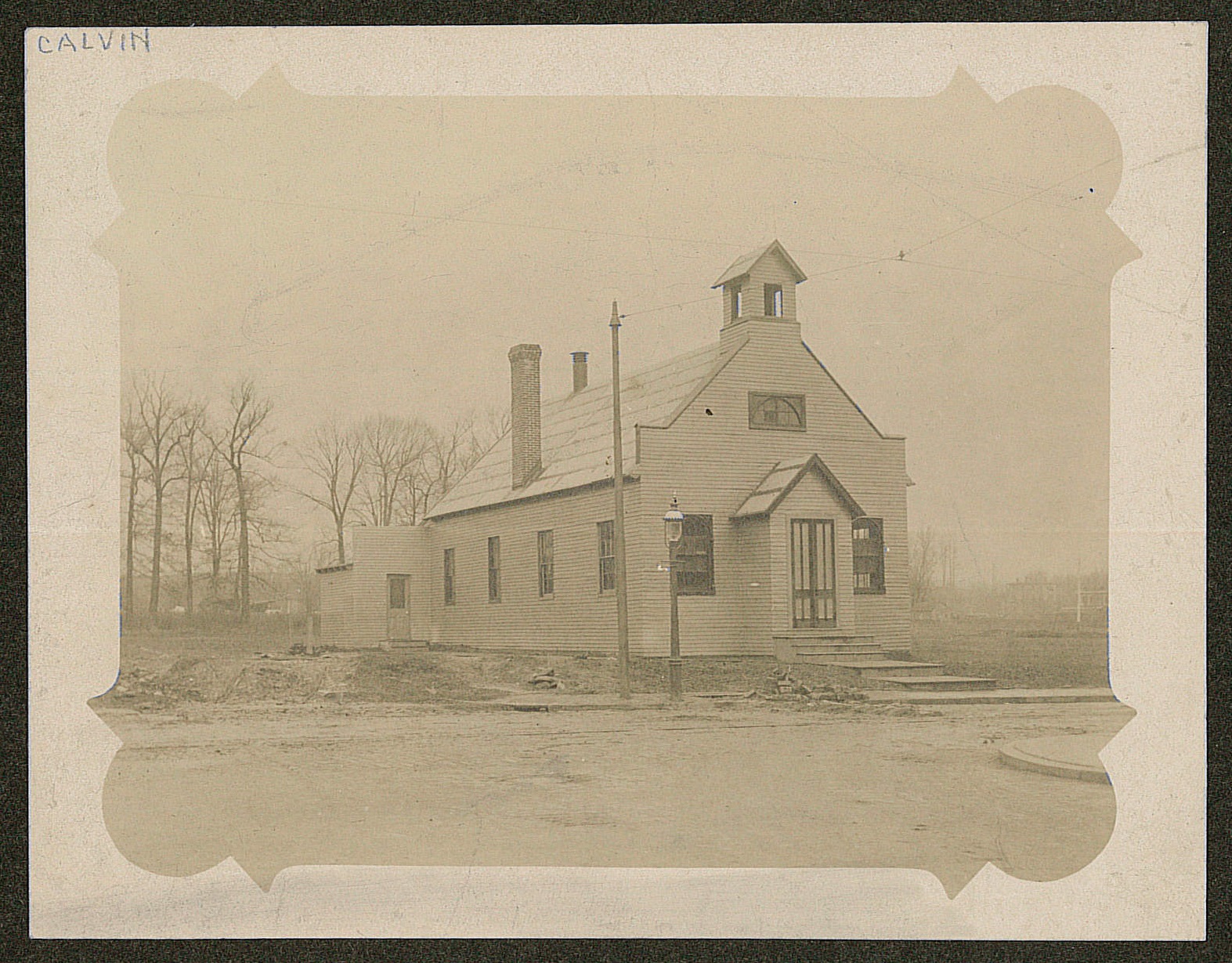 FROM A TENT TO A CHURCH, Charter Members: 64, Place of first service: 60th and Thompson Street

Calvin Presbyterian Church began from the outgrowth of tent meetings by an evangelistic committee from the Patterson Memorial Presbyterian Church located at 63rd and Pine Street. They preached the gospel at 60th and Thompson and 60th and Robinson Streets. It was these meetings that led a group of people to form a church for the neighborhood. The meetings of the Sunday School and the newly formed church were held in a store at the southwest corner of Robinson and Master Streets. Yes, Calvin Church was really the outgrowth of a Sunday School. On October 5, 1902 a petition was presented to the Presbytery asking permission for a church to be established on a large lot at the northeast corner of Sixtieth and Master Streets.

By October 8, 1903, the church building was much too small for the growth that was taking place in the congregational numbers. There was a cry on every side; ''We must build on the front lot." Construction was completed September 1904.  Sixty-four (64) of these members sent a petition to Presbytery asking permission to start a West Philadelphia Church on a large lot owned by John Wanamaker at 60th and Master Streets. Presbytery granted permission and John Wanamaker permitted them to use his back lot. Members built a frame church in 4 weeks, working night and day at a cost of $1000. Church was named West Master Street Presbyterian Church. The name was later changed to Calvin.  When the church was chartered, a permanent structure was erected on Feb. 15 1904. The cost was $6300 for the ground and $17,000 for the structure. This is now the Sunday School building. The present church was built in 1923.

On September 30, 1923, Calvin's new church building was a reality and the great day of dedication was held.  A fire on March 3, 1940, damaged the Sunday School building with smoke and water. A sturdy firewall between the old and new building prevented the spreading in to main building. The remodeling and repair after the fire gave the old building a new dress.

Wood, stone, and mortar can never make a church. It is the presence of God that transforms the material structure into a church. "Except the Lord build the house; they labor in vain that build it."

From 1902 to 2017, Calvin had twelve (12) ministers.  Worship continues on the corner of 60th & Master with a committed congregation working to uplift the Name of Jesus in the surrounding community.