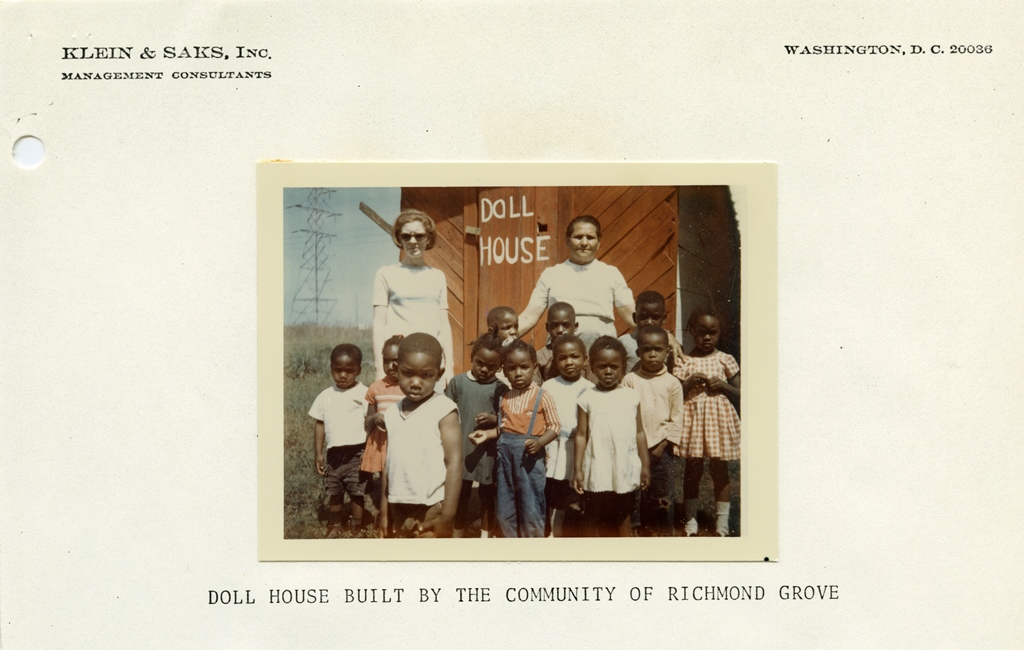 The Child Development Group of Mississippi (CDGM) Head Start program was black Mississippians’ next battle in the long struggle to secure freedom and equality after the 1964 Civil Rights Act. The Presbyterian Church offered important support at crucial times for the effort.

Head Start, a component of President Lyndon Johnson’s War on Poverty, was authorized by the Economic Opportunity Act of 1964 and administered by the Office of Economic Opportunity (OEO). In an era when most states did not offer public kindergartens, the program aimed to prepare disadvantaged children for first grade. The early childhood education initiative began as an eight-week summer program in the summer of 1965 and became a year-round program that fall.

Weeks after learning about the new preschool program, grassroots activists in sixty-four communities throughout Mississippi identified 4,200 children who wanted to participate. The list of interested communities could have easily been mistaken for a Student Nonviolent Coordinating Committee or Mississippi Freedom Democratic Party (MFDP) roster of sites. Local people who had housed SNCC workers or held leadership positions in the MFDP were the first ones to express interest in the new program. In the spring of 1965, activists seeking quality early childhood educational opportunities for their children and well-paying jobs independent of the local white power structure formed CDGM and applied for a grant to support Head Start.

Only one institution in the state of Mississippi, the Presbyterian-affiliated Mary Holmes Junior College, agreed to sponsor CDGM’s program. Presbyterian missionary Mead Holmes and his daughter Mary Emilie Holmes had founded the school for African Americans in 1892. By 1965, Mary Holmes was a two-year community college. Its denominational sponsorship insulated CDGM from the oversight of Mississippi’s white power structure.

On May 18, 1965, the Office of Economic Opportunity awarded CDGM a grant for $1.5 million, including funds to operate eighty-four centers and serve six thousand children in twenty-four counties. Fifty of those centers were in the black-majority Delta region. CDGM students received nutritious meals, medical care, and preschool education.

CDGM’s program stood out because of its untraditional staff. Working-class black women with little formal education became Head Start teachers or served in other capacities--jobs that were critical in providing meaningful leadership opportunities for disempowered people and restoring the economic livelihoods of black women who had lost their livelihoods because of civil rights. For example, Roxie Meredith lost her job as a school cafeteria worker in 1962 after her son, James, desegregated the University of Mississippi. Ms. Meredith did not have steady employment again until she secured a CDGM job as a cook.

Segregationists led a pitched attack on CDGM because the Head Start program promoted racial equality and was free of local white control. Klansmen vandalized CDGM centers and harassed program employees to express their discontent. The most potent opposition to CDGM came from United States Senator John C. Stennis (D-MS), who accused program employees of misspending federal funds and charged that the Head Start program was a front for black militancy. The allegations caused OEO officials to delay refunding CDGM on several occasions.

CDGM supporters, including high-ranking clergy in the Presbyterian Church, rallied to the program’s defense. In 1966, seventy ministers including representatives from the United Presbyterian Church in the U.S.A. flew to Washington, D.C. and picketed OEO offices. The men threatened to withdraw their denomination's support from the War on Poverty if the agency continued to deny CDGM a new grant. Not stopping there, Kenneth Neigh, General Secretary of the Board of National Missions, placed a full-page ad in The New York Times supporting CDGM and denouncing OEO’s lack of support for the beleaguered Head Start program. The ad ran with the headline “SAY IT AIN’T SO, SARGE” (a reference to OEO’s founder and leader, Sargent Shriver) and contained the signatures of over one hundred individuals, including David Ramage, Executive Secretary of Mission Strategy and Evangelism for the Board of National Missions, and Walter Reuther, United Auto Workers Union President.

In December 1966, OEO awarded CDGM a $7.9 million twelve-month Head Start grant after the Presbyterian Board of National Missions assumed full responsibility for any past, present, or future disallowances of program expenditures. The Church’s strong backing for CDGM signaled just how important the program was to disadvantaged black children and their families in Mississippi. Most importantly, the Church’s commitment took the teeth out of Senator Stennis’s allegations of financial mismanagement.

CDGM ceased operations in 1968. In the long history of the civil rights movement, its brief, three-year existence has received few mentions. CDGM’s unconventional attack against white supremacy through a Head Start program, however, was no small matter. Ordinary African Americans with little formal education operated Head Start centers, wrote lesson plans, allocated federal funds, and found ways to participate in community governance outside of electoral politics. The Presbyterian Church’s involvement in bringing educational and employment opportunities to the poorest citizens in the Magnolia State is a reminder of the critical yet unheralded roles mainline Protestant denominations played in the transformational civil rights struggle.

Crystal R. Sanders is an assistant professor of History and African American Studies at Pennsylvania State University. Her published work can be found in the Journal of Southern History, the Journal of African American History, the History of Education Quarterly, and the North Carolina Historical Review. She enjoys teaching and writing about southern history, civil rights history, and the history of black education.

For more information about the Child Development Group of Mississippi, see the author’s A Chance for Change: Head Start and Mississippi’s Black Freedom Struggle. The University of North Carolina Press published the book in 2016 as part of its John Hope Franklin Series in African American History and Culture.