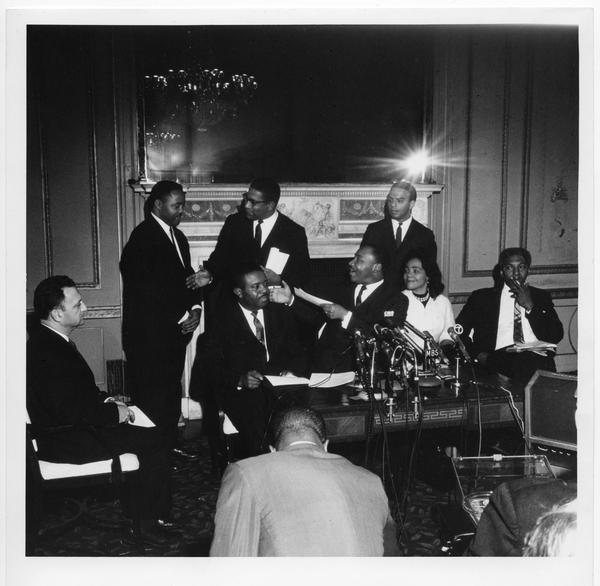 Gay Wilmore was born in 1921 in Philadelphia and attended Central and Benjamin Franklin High Schools. After receiving a scholarship to Lincoln University he was called up, along with other Pennsylvania Army reservists in 1943, into the 92nd Infantry, one of the United States' two all-black combat divisions. It was while fighting in Italy that Wilmore had "an authentic religious experience which caused me to give my life to Christ."

Wilmore completed seminary in 1950 and was ordained by the Presbytery of Philadelphia to take the pastorate at Second Presbyterian Church (West Chester, Pa.). The experience of raising his kindergarten-age son in a segregated school district radicalized him.

Through the United Presbyterian Church in the U.S.A. Commission on Religion and Race (CORAR), Wilmore would be at the forefront of Presbyterian Civil Rights activism during the 1960s, serving from the Delta to Watts. In this far-reaching interview, he recalls the sudden about-face on racism that white Presbyterians committed in 1963. He describes local sheriffs in Mississippi collaborating with the Ku Klux Klan, and relates that his home phone and the payphone outside of CORAR offices at 475 Riverside Drive in New York were tapped.

Given the ongoing FBI surveillance of Black activists, we commend the full interview to your attention. Listen here.