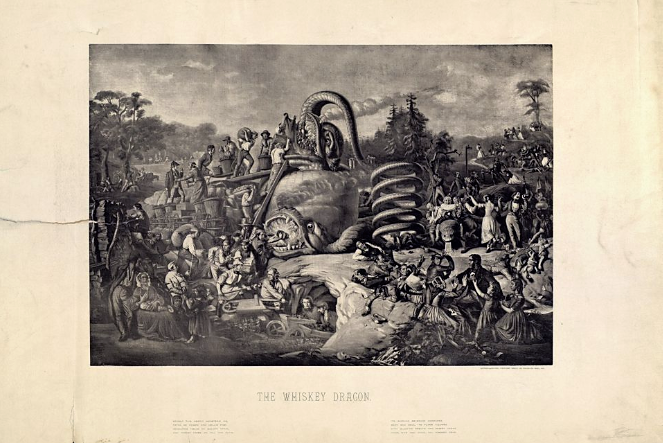 January 2020 marked the 100th anniversary of the beginning of the Prohibition Era, when the Eighteenth Amendment[1] to the Constitution went into effect. At the year’s half way mark, let’s add to PHS’s first blog look at Presbyterians and Prohibition by focusing on the work of the Board of Temperance and Moral Welfare under the leadership of an energetic and creative director, Charles Scanlon, and the redoubtable temperance advocate Marie C. Brehm. 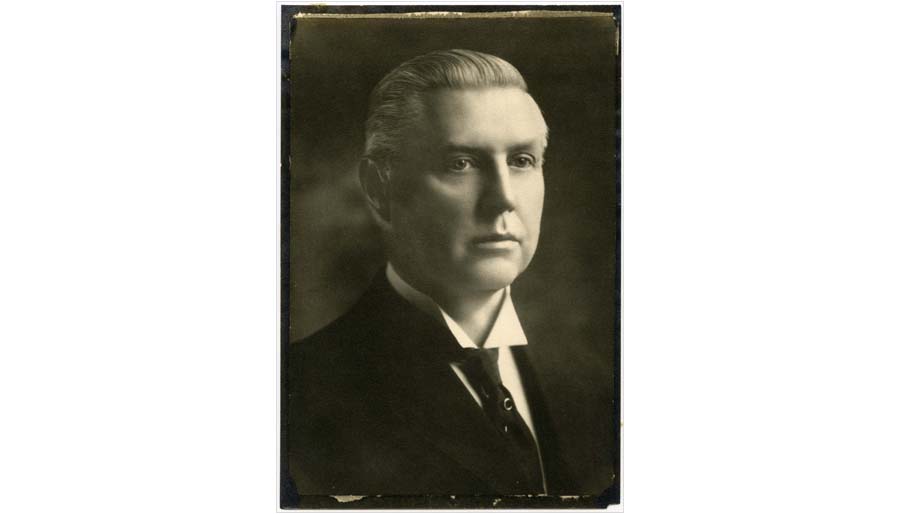 Charles Scanlon, 1920. [Pearl ID: 162576]
Charles Scanlon was elected Secretary of the Board of Temperance and Moral Welfare in 1904 and served in that capacity longer than any other person in history. He led this social action agency of the General Assembly until his death in 1927. Historian Roland Bainton called him “the first great ecumenical strategist of social action in American Protestantism.” Scanlon’s commitment to the Temperance Crusade was both deep and fundamental. He described his fervor in an article in the Board’s publication Moral Welfare in 1925:

An early and implacable hatred of the liquor traffic with all its sin and misery, wickedness and waste, was intensified the more I saw of it. Believing intensely that Christ came not to regulate but to destroy the works of the devil, every form of compromise or delay seemed to me futile and unworthy. I thirsted day and night for the life of this guilty traffic and sought its legal extermination by all proper means with the zeal of a crusader and the passion of nemesis.

With the zeal of a crusader for sure! Under Scanlon, the General Assembly urged the youth of the denomination to sign an abstinence pledge, which the Board supplied the form, and carried on a continuous campaign of advocacy. In 1910, the General Assembly called for a “monster petition campaign through every church in the United States to the U.S. Congress to institute legal measures to prohibit the manufacture and sale of intoxicating liquors in the United States and in her possessions.” Then in 1916, the General Assembly respectfully petitioned that, “Congress assembled, to put upon its passage, at this session, a bill submitting a constitutional amendment providing for national prohibition, to the several states for their action." 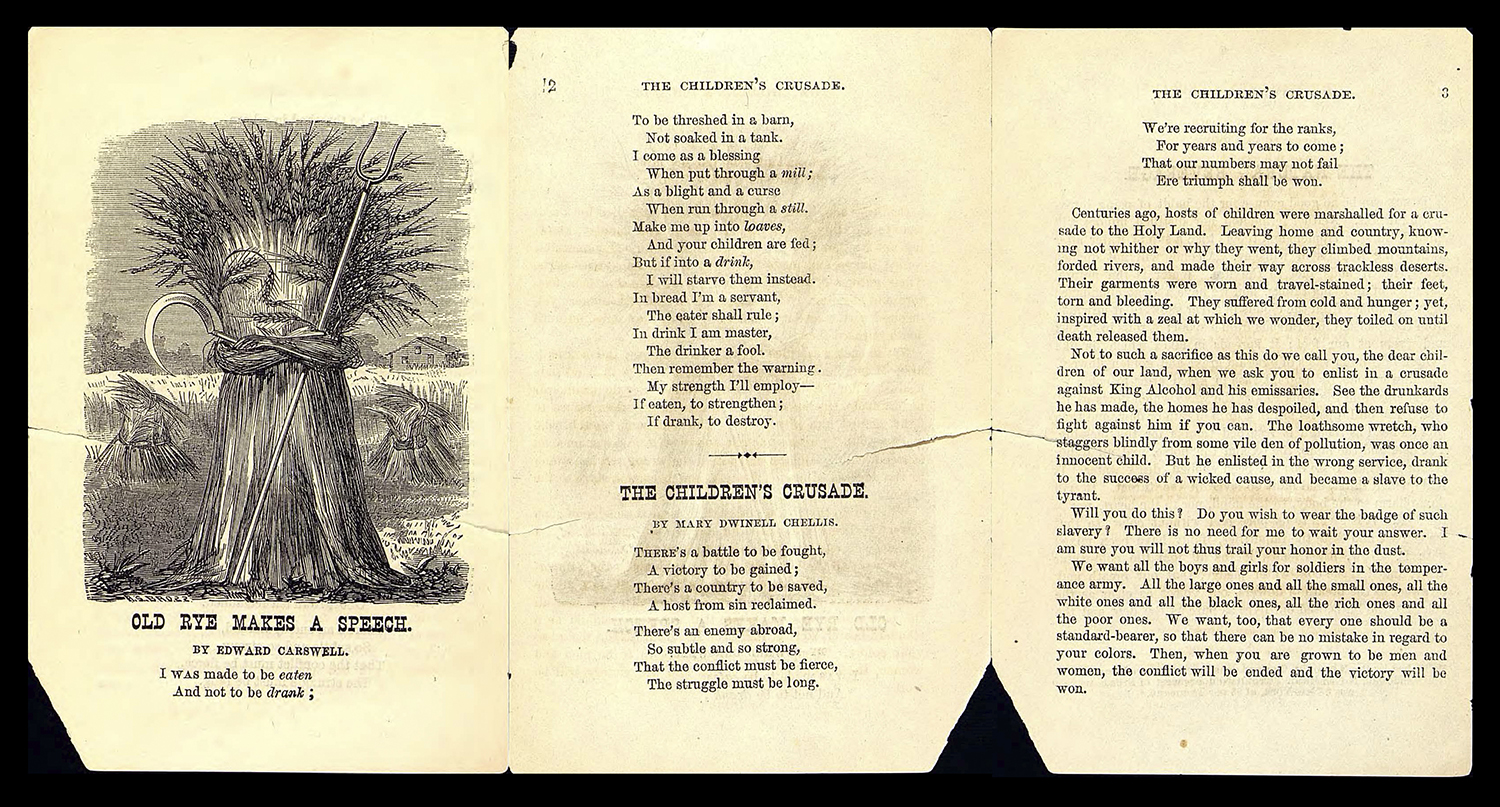 Scanlon was not only responsible for these and other annual General Assembly actions, but was also maintaining a constant advocacy for their implementation. He stretched the authority of his Board through direct political advocacy. In states considering prohibition legislation (23 of the 48 states had done so by 1916), he financially supported organizers in those campaigns. He also employed Presbyterian suffragist and temperance advocate, Marie C. Brehm, as a lecturer. Brehm would go on to crisscross the country for almost 20 years in the Board’s campaign, making her the first “field representative” employed directly by an agency of the General Assembly.

In 1908, Charles Scanlon was elected the Chairman of the National Convention of the Prohibition Party. A secession of Presidents including, Theodore Roosevelt, William Howard Taft, Woodrow Wilson, and Warren G. Harding appointed him as official U.S. representative to World Temperance Congresses in Europe.

Scanlon was selected by the Citizens’ Committee of Nineteen to draft the Eighteenth Amendment and to serve as its Secretary. He was the only clergyman invited to the ceremony when President Wilson signed the legislation and even received one of the pens. His statement about that experience, and regret over its outcome, was printed in the aforementioned 1925 issue of Moral Welfare:

I feared and opposed the use of the word “intoxicating” in the XVIII Amendment and wanted to substitute “alcoholic” for it and though I was Secretary of the Citizens Committee of Nineteen to draft the Amendment, I was outvoted and we have the endless discussion of what is “intoxicating” when if “alcoholic” had been used the chemists test would have settled it. 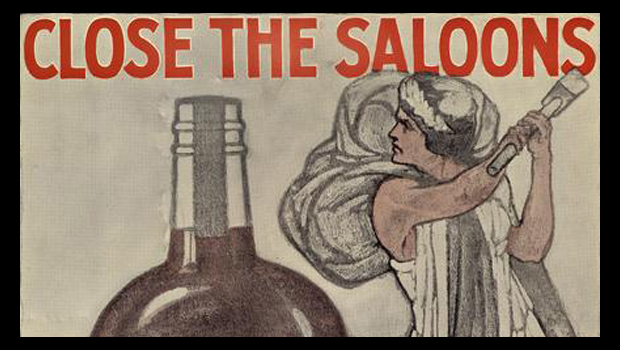 Charles Scanlon’s crusader zeal was matched by that of the remarkable Ohio-born Presbyterian Marie Caroline Brehm. Brehm was Scanlon’s faithful comrade for most of the time he was Secretary of the Board of Temperance and Moral Welfare. Known throughout her active life as Marie C. Brehm, she worked as a bookkeeper and teacher before moving to Olney, Illinois in her early twenties to live with an uncle. She taught Sunday School in the First Presbyterian Church and art, embroidery, and painting in a private academy for several years before joining the Women’s Christian Temperance Union (WCTU) in 1891 at the age of thirty. Temperance and women’s suffrage advocacy soon became her life’s work.

In 1895, Brehm was elected National Superintendent of the Suffrage Department at the Baltimore Convention of the WCTU. During her seven-year leadership of that Department, she successfully managed a turf war with the National American Women’s Suffrage Association, which petitioned the WCTU to stop its suffrage work and concentrate only on temperance issues. Throughout this time, Marie appeared before both branches of Congress to advocate temperance and suffrage. She also spoke on behalf of a resolution she authored petitioning Congress to establish a Department of Education.

In 1901, Marie C. Brehm was elected President of the Illinois chapter of the WCTU and served six years in that capacity. After leaving that position, she embarked on the career as temperance lecturer that lasted until her death. For several years, as previously noted, she was supported by the Board of Temperance and Moral Welfare as Lecturer in Scientific Temperance; she continued in that service for almost twenty years. She also was a prolific lecturer on the Chautauqua circuit. It is reported that during her career she lectured not only across the U. S. but also in Hawaii, Canada, Ireland, Scotland, England, Holland, Italy, and Switzerland.

Marie C. Brehm represented the Federal Council of Churches at the Conference on Temperance at the Hague in 1911 and at the World Sunday School Convention in Zurich in 1913. In 1909, President Taft appointed her as U.S. representative to the World Anti-Alcohol Congress in London and she was a major presenter in that meeting. Then in 1913, President Wilson appointed her as U.S. delegate to the World Anti-Alcohol Congress in Milan, Italy. In the days before air travel, she racked up a multitude of Frequent Sailor Miles! 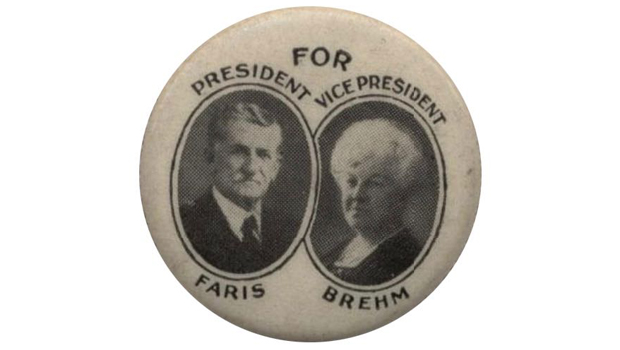 Marie C. Brehm was also an active leader in the Prohibition Party, although she turned down a request to run on the party’s national ticket in 1916. In 1920, when she served as the Permanent Chairperson of the Prohibition Party’s National Convention, she again declined nomination on the national ticket; fellow Presbyterian William Jennings Bryan also passed. Brehm declined her second nomination request so that she could instead concentrate on her race for the California State Senate, as she was nominated both on the Democratic and Prohibition tickets. (She had moved to Long Beach, California in 1917, where she became immediately active in both civic affairs and in the Second Presbyterian Church, where she served as a Deacon.) Brehm lost the 1920 California State Senate race to the Republican incumbent.

At the 1924 National Convention of the Prohibition Party in Columbus, Ohio, Marie C. Brehm was nominated to run for Vice-President of the United States – the first woman to run on a national ticket since women received the right to vote. The Prohibition ticket received 55,951 votes in the general election. 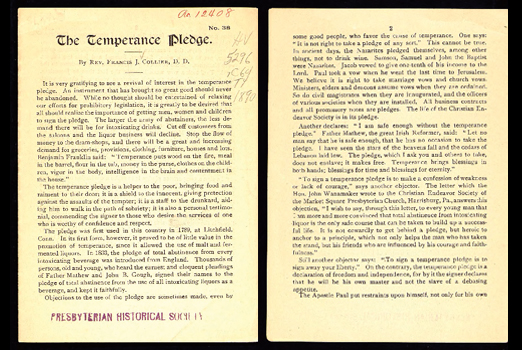 The temperance pledge, Francis J. Collier, 1890. [Pearl ID: 160261]
After the passage of the Eighteenth Amendment in 1919, Charles Scanlon focused his crusader energies on regulating the motion picture industry. He worked as president of the Federal Motion Picture Council from 1921 through 1925. Scanlon died in 1927 at the age of 58. Marie C. Brehm remained active in community affairs until she died at the age of 66 in 1926 as the result of injuries sustained in the collapse of a grandstand at the Tournament of Roses Parade in Pasadena, California.

--Dean Lewis is a Presbyterian minister and activist. From 1968 to 1988 he was director of the PC(USA) Advisory Council on Church and Society. Dean organized the Presbyterian Cuba Connection, a mission network to the Presbyterian and Reformed Church of Cuba, in 1996.

Read Prohibition: 100 Years Later, which takes a look at the struggle surrounding the Eighteenth Amendment using items found in our digital archives, Pearl.

[1] The Prohibition Amendment was the culmination of the Temperance Crusade that had steadily gained strength over more than a century. The Presbyterian Church was a prominent player in that Crusade, beginning when Dr. Benjamin Rush addressed the 1811 meeting of the General Assembly and distributed copies of his tract, An Inquiry into the Effects of Ardent Spirits Upon the Hunan Body and Mind. (The outline of Presbyterian participation in the Crusade is recorded in the policy statement, Alcohol Use and Abuse: The Social and Health Effects of Alcohol, prepared by the Advisory Council on Church and Society and adopted by the 1986 General Assembly of the United Presbyterian Church.)