Writing A Self-Study On Racism 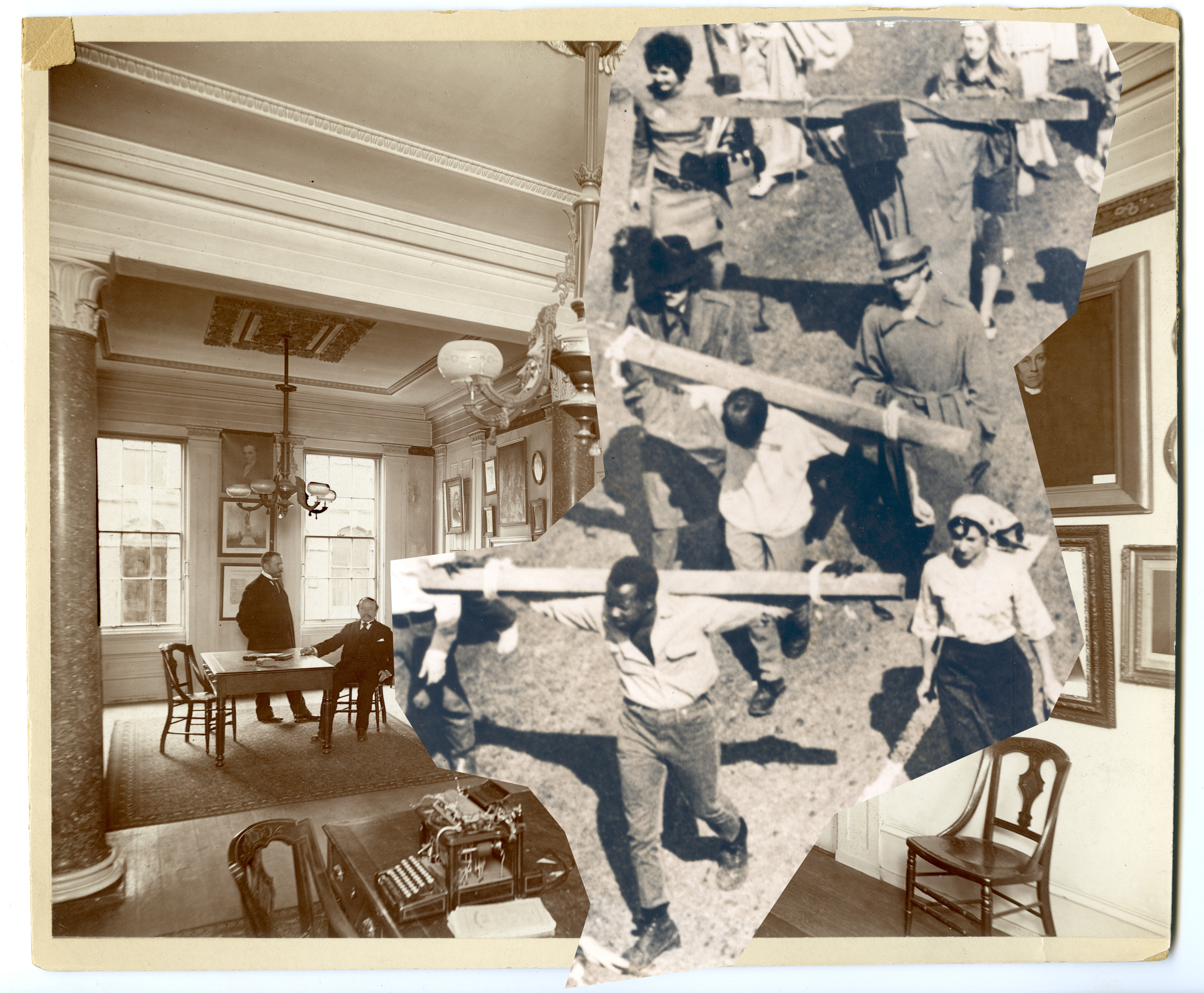 The 224th General Assembly of the PC(USA) called on the whole church to enact corporate repentance, approving On the Church in This Moment in History--Responding to the Sin of Racism and a Call to Action 407 to 72.

"Repenting, both personally and corporately, for the role we as individuals and as a predominantly White-dominated church played in history and continue to perpetuate today, and our failure to act regarding police brutality, voter suppression, educational and healthcare inequality, and other acts of systemic racism on federal, state, and local levels."

The necessity of seeking truth in order to bear the burden of reconciliation is written in the Confession of 1967.

"In each time and place, there are particular problems and crises through which God calls the church to act. The church, guided by the Spirit, humbled by its own complicity and instructed by all attainable knowledge, seeks to discern the will of God and learn how to obey in these concrete situations."

"The church is called to bring all people to receive and uphold one another as persons in all relationships of life: in employment, housing, education, leisure, marriage, family, church, and the exercise of political rights. Therefore, the church labors for the abolition of all racial discrimination and ministers to those injured by it."

The questions raised by the Assembly's action require self-study. What specifically is it we must repent of? How has our congregation or presbytery been conformed to the world -- acquiescing or facilitating racism and oppression -- rather than being transformed by the Holy Spirit? Who in our past has provided model witness to direct us in the present?

Based on our work alongside congregations and presbyteries undertaking these kinds of studies, here are a set of possible paths through the historic record, for people eager to work on this form of repentance.

No part of American society was untouched by the trans-Atlantic trade in human beings. Whether the region you live in was agrarian or industrial, whether it was a port or a mill town, it grew up on slave-made sugar and cotton. Presbyterian churches and their institutions were not immune. Ashbel Green, of Second Presbyterian Church (Philadelphia, Pa.) and first president of Princeton Seminary owned slaves. Individual congregations, like Briery Church in Prince Edward County, Va. funded their operations by purchasing and "jobbing out" their slaves. Moses Hoge of Hampden-Sydney College owned slaves, ultimately resettling them in Liberia, via the Virginia chapter of the American Colonization Society. Davidson College's first seven buildings were built with 250,000 bricks made with slave labor. An enslaved stonemason named Lewis Phifer is recorded as cutting the gate posts and steps of Hopewell Presbyterian Church (Huntersville, N.C.) William Anderson Scott, of First Presbyterian Church (New Orleans, La.) owned slaves, and was driven out of a pastorate in San Francisco in 1861 for justifying slavery from the pulpit. Francis Makemie, moderator of the first Presbytery in 1706, "carried on a lucrative trade with Barbados, accumulated several thousand acres of land, ran a sloop and owned slaves."

Reviewing records can reveal who endowed your church in its earliest days, who bought pews, who subscribed to a building fund or a minister's sustentation fund, or how a minister sustained themselves outside the church. 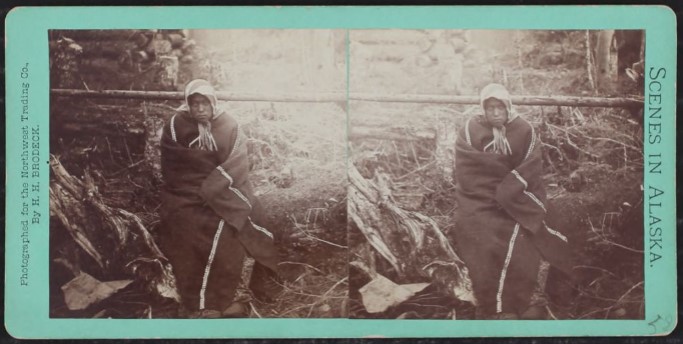 "Enslaved Hoonah girl" By Henry Brodeck for the Northwest Trading Company, after 1877

Twelve Presbyterians signed the Declaration of Independence, which complained, in part, that the British Crown had tried to "bring on the Inhabitants of our Frontiers, the merciless Indian Savages, whose known Rule of Warfare, is an undistinguished Destruction, of all Ages, Sexes and Conditions." Evidence suggests that in 1809 Gideon Blackburn illegally sold whiskey from his Maryville, Tenn. distillery to the Cherokee people, leading to the abrupt end of his mission work. Presbyterians were invited by the Western Cherokee to start a school in 1820 -- eventually becoming Dwight Mission -- and some acceded to the 1838 forced removal of Southeastern Indian people, while some resisted. Other Presbyterian missionaries, like Marcus Whitman, promoted overland white settlement of the far northwest. In 1847, Cayuse warriors held Marcus and Narcissa Whitman responsible for the 1847 measles epidemic that wiped out half the tribe, and nearly all of their children.

Reviewing records can reveal Presbyterian support for the so-called "civilizing mission" among indigenous people, from the promotion of English-only instruction, to the institutionalization of children, to the indenture of children at boarding schools. 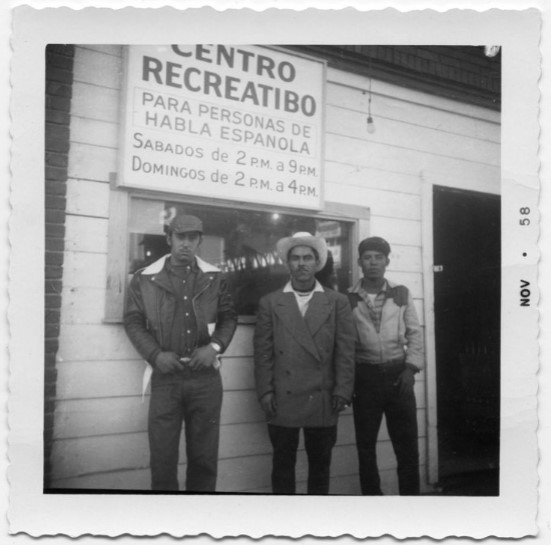 Men at a center for braceros, 1958. From the Genie and Hector Zavaleta papers.

In the twentieth century, majority-white churches responded to the Civil Rights movement and the end of legal segregation in a variety of ways. Presbyteries, acknowledging the reality of white flight from city centers, spent money to develop new congregations in suburbs. Presbyteries also called on city churches to merge -- both to shepherd the resources of the whole church, and to create an "integrated church in an integrated society." In Juneau, Alaska, that merger meant removing a Tlingit minister from his church. In Troy, New York, the merger failed and the historic Black church was dissolved. In Tallahassee, Florida, a citywide council of Presbyterians was eager to plant Black churches, until one of those churches mobilized against segregated city buses

Reviewing records can reveal whether and how a congregation got money to support a move to the suburbs, how the congregation allocated mission spending, and how it supported the community around it. 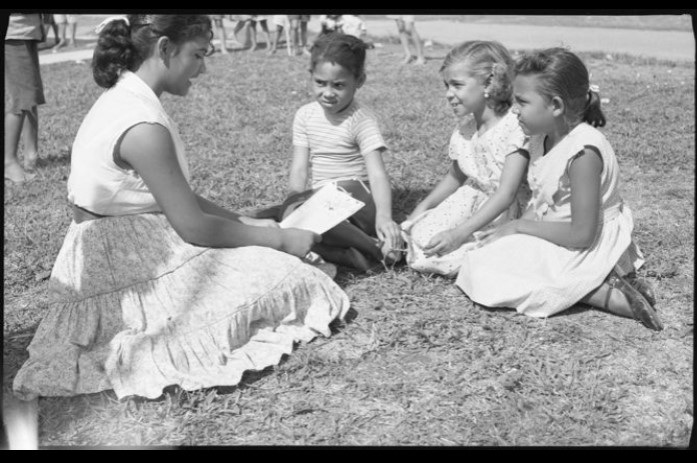 Most congregations and presbyteries have mobilized groups of volunteers to read their records and take living peoples' testimony. Some have hired professional researchers.

There are merits to having a third party examine your past. Consider your positionality as a volunteer studying a group you and your family have belonged to for generations. Innately you will resist writing anything disparaging about them, regardless of the truth. Interested parties cannot help but meet truths with denial -- "That's not what I heard" "Well there's more than one side here" -- and this compromises the integrity of the process.

If your congregation has completed a self-study, please let us know. We'll add yours to the growing body of similar reflections. And stay tuned for more guidance from us on seeking out and using primary sources!

Resources for Self Study on Racism