Liberty and Oakwood in Troy 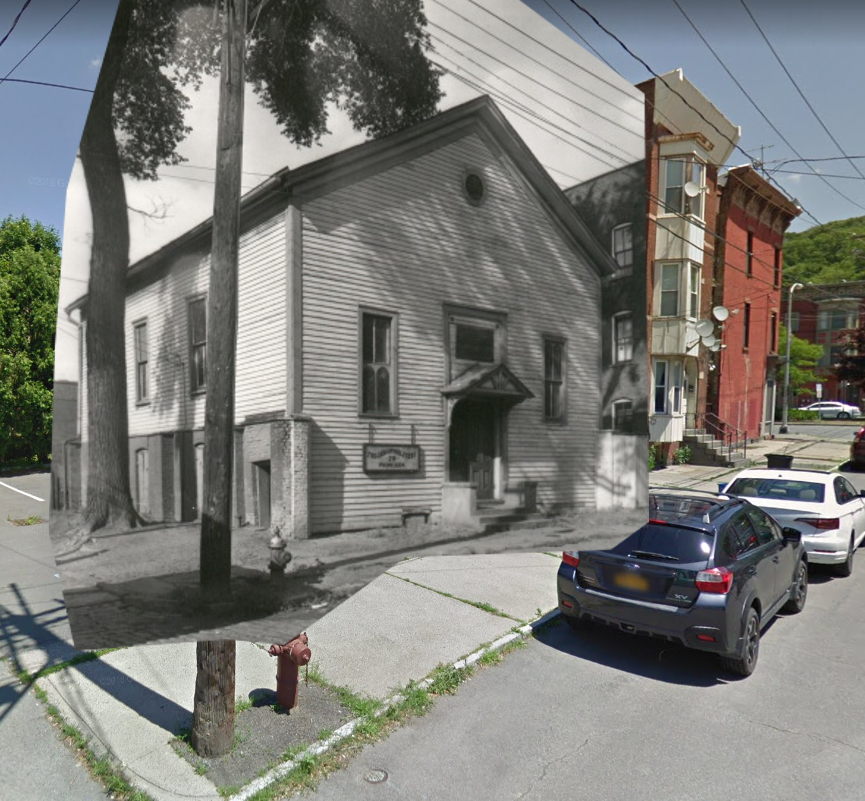 In the wake of Brown v. Board ending legal segregation, and contending with the decades-long flight of white families from city centers, Presbyterians undertook efforts to merge city congregations, both as a practical and a moral matter. Second Presbyterian Church in Maryville Tennessee was merged into New Providence. Berea in St. Louis ministered to new white congregants as its Black membership moved to newly-accessible suburbs. Memorial in Juneau Alaska was dissolved and part of the congregation adhered to Northern Light. In Troy, New York, in March 1963, Liberty Street and Oakwood Avenue held a joint session meeting to discuss merger.

Liberty Street was Henry Highland Garnet's first pastorate, from 1840 to 1848. The church hosted the 1847 National Colored Convention, an attempt to form a national Black political organization. It was a stop on the underground railroad, and was the site of a riot against the draft in 1863. Oakwood Avenue, a white congregation, was thirty years younger, reporting to General Assembly in 1870. By the middle of the twentieth century, both churches' membership figures were small by Albany Presbytery's standards--Oakwood between 330 and 350 members, Liberty between 100 and 120--and there's some evidence that Liberty may not have been self-sustaining. The presbytery maintained a dedicated fund for the church, and in 1963 allocated $1000 from its national missions budget to salary support for Liberty's minister.

What's striking is that here we can witness the national-level church's call to help birth an integrated society, implemented, ironically, by disinvesting in Black churches and scattering their flocks.

In April, the Presbytery of Albany commended the two churches on their joint meetings: "Because of the implications of this, not only for Christian witness in our midst, but beyond the bounds of Presbytery, be it resolved that Presbytery engage in prayer for the Sessions and congregations concerned in this dialogue." In May, Liberty's session brought the question of continuing merger discussions to a congregational vote. Their strategy committee reported on a meeting in late May, saying that "all aspects of the negotiations toward merger with Oakwood were brought out into the open." The women's groups of the two churches held a joint session.

In late June a delegation of the presbytery visited the Oakwood and Liberty congregations and reported that negotiations had broken down. The presbytery then moved to consult with the Commission on Religion and Race (CORAR) to help Oakwood minister to its neighbors, and empaneled an administrative commission to dissolve Liberty, "in accordance with the United Presbyterian policy, moving toward an integrated church in an integrated society." (Future moderator of the UPCUSA Robert C. Lamar would serve on the commission.) 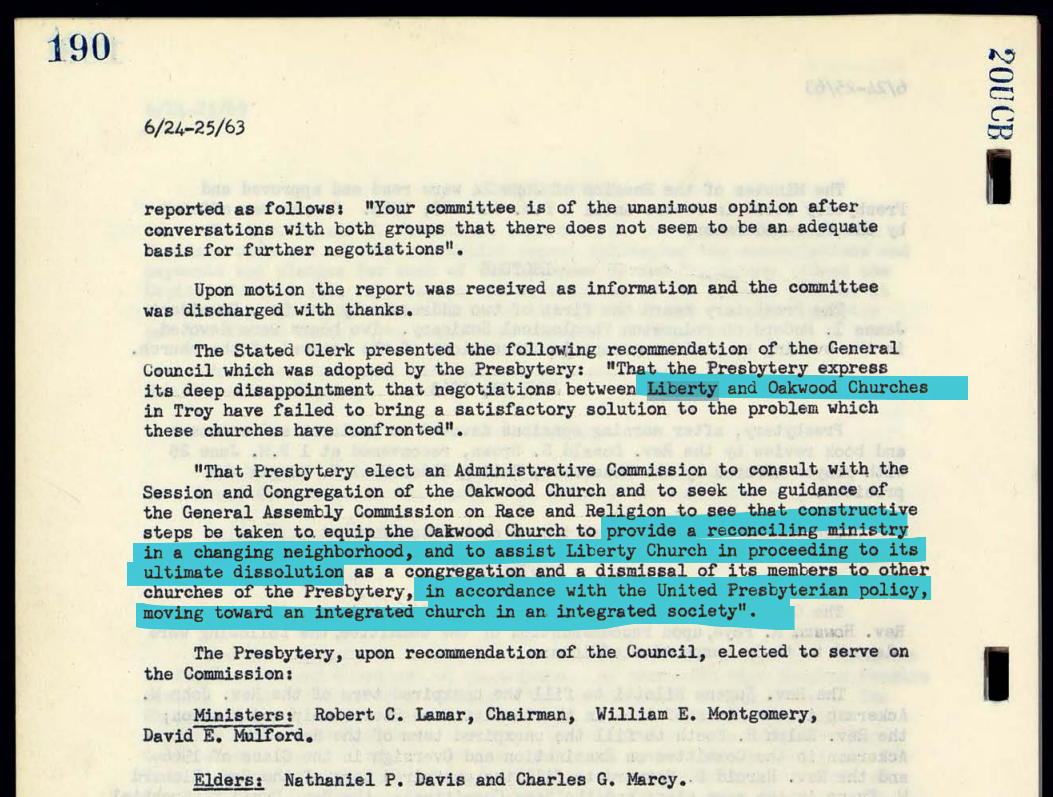 On September 8, Liberty's session proposed polling the congregation once more about continuing negotiations, and at their next meeting, October 9, the session's business was to work out how to dissolve the church. 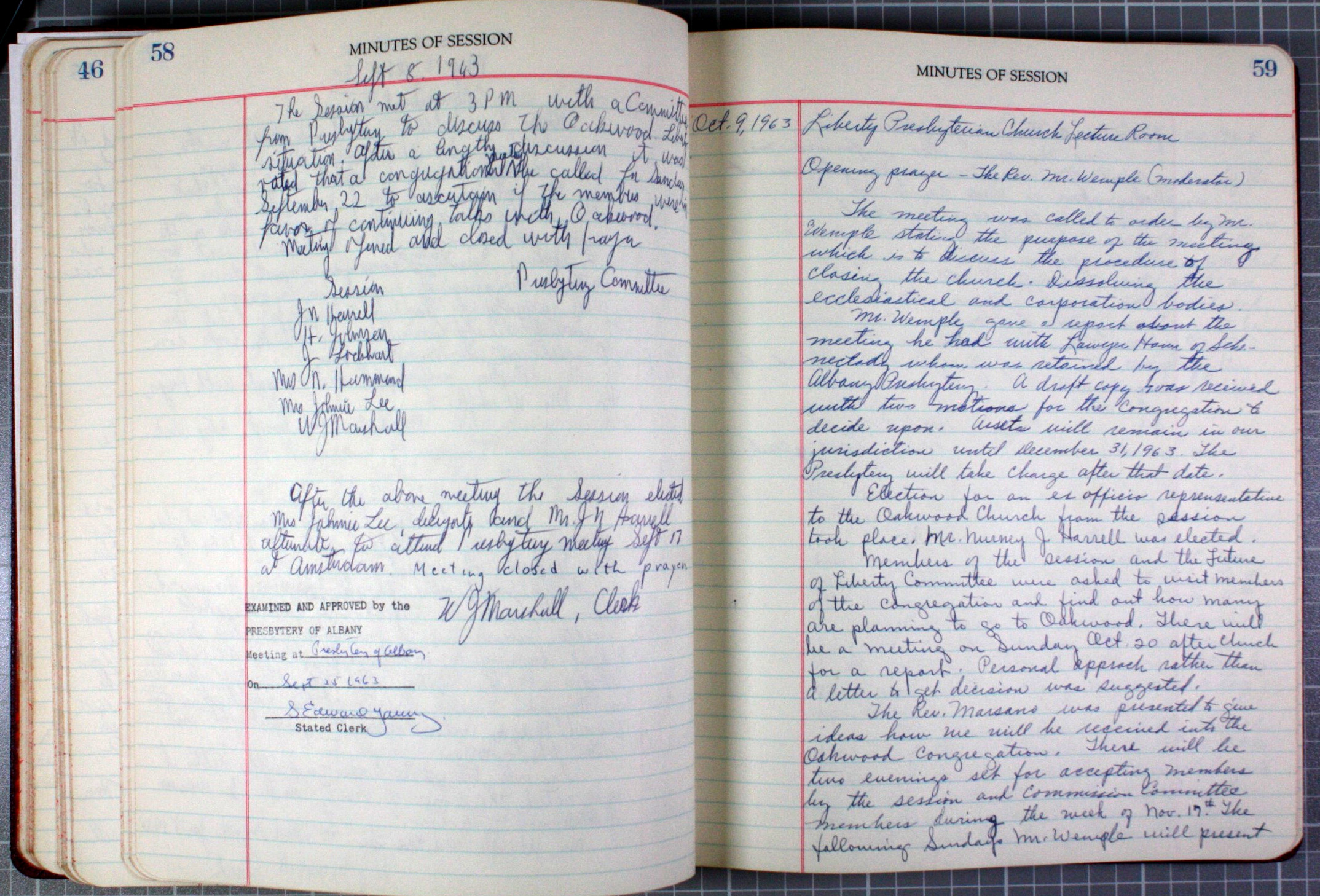 For the readers of 2022, "an integrated church in an integrated society" evokes a homogenization of our cultures--it's easy for us to anticipate the idea that integrating society would effectively eradicate the traditions and habits of racialized people. Arguably, it was the mid-century's mis-steps and experiments that helped the white church move toward intentional multiculturalism and mutuality.