Our Work In The Archives, Second Quarter 2019 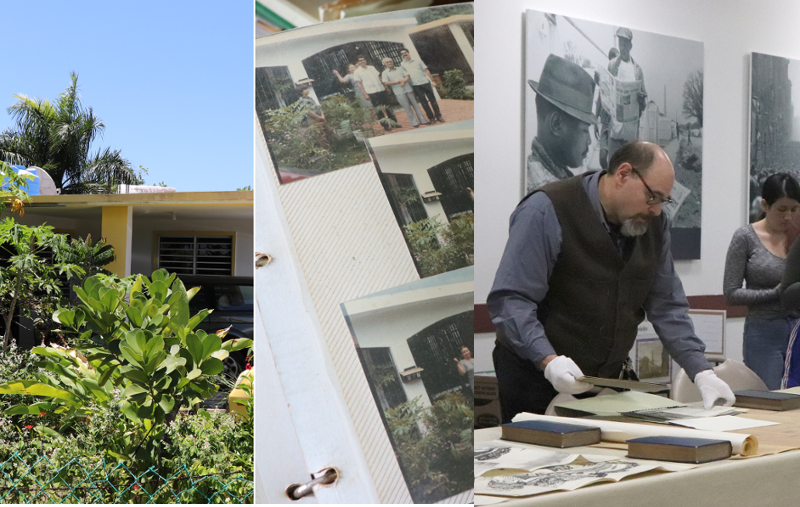 Your archivists have had an active spring -- serving researchers in Philadelphia, and documenting Presbyterians in person from Atlanta to Minneapolis. We're pleased to get to tell you more about our work.

During Holy Week, PHS's David Staniunas and Fred Tangeman were in Puerto Rico, collecting records, taking interviews, and worshipping and meeting with friends old and new. They brought back records of Iglesia Primera Presbiteriana (Rincon, P.R.) which was a winner of our Heritage Preservation Grant, visited IP La Marina and IP Central in Mayagüez, and spent an afternoon with José Colón Rodríguez, Presbyterian minister, historian, and author of the ongoing series, Nuestras Raíces en la Historia.

From April 26 through May 2, Elizabeth Wittrig, Beth Hessel, and Kim Shiley were in Minneapolis for a gathering of founding organizers and friends of the Covenant Network of Presbyterians, hosted by Westminster Presbyterian Church (Minneapolis, Minn.) with the gracious support of Tim and Beth Hart-Andersen. Elizabeth conducted seven oral history interviews over the course of five days. Listen to her interview with Lisa Larges of That All May Freely Serve, here. Read her story on David Sindt's appeal to the 1974 General Assembly, here.

Also as part of our Pam Byers Memorial Collecting Initiative, Elizabeth visited Rochester, New York in May and conducted nine group interviews with members of Third Presbyterian Church and Downtown Presbyterian Church, who were involved with the early days of That All May Freely Serve and More Light Presbyterians.

And at the end of June, Sonia Prescott and David Staniunas represented PHS at the biennial conference of the National Black Presbyterian Caucus in Atlanta, Georgia, joining a large number of our colleagues in the Office of the General Assembly, the Presbyterian Mission Agency, and the Board of Pensions. We conducted interviews with Corine Cannon, Presbyterian elder and mother of Dr. Katie Geneva Cannon; Allie Latimer, organizer of Federally Employed Women (FEW) and the first African American to serve as general counsel of a federal agency; Rev. Tolokun Omokunde; and J. Oscar McCloud. Watch a snippet of Allie Latimer's interview here. 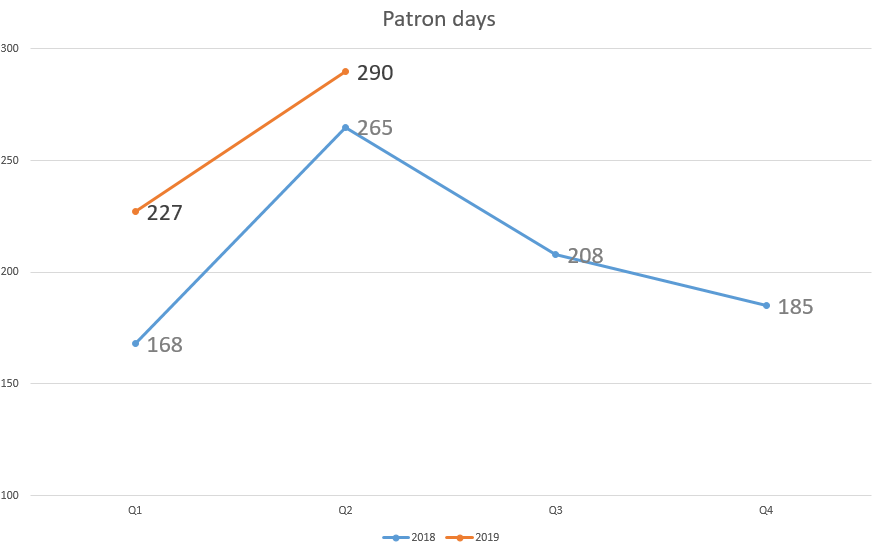 For the second quarter of 2019, archivists answered a total of 824 reference questions, which included serving in-house patrons for a total of 290 patron days. Among our researchers were visitors from Canada, China, South Korea, the United Kingdom, and Sweden, as well as students from the Community College of Philadelphia who are participating in our Pew Center for Arts & Heritage-supported project, Building Knowledge & Breaking Barriers.

During the second quarter, we replied to 92 questions from PC(USA) congregations, chiefly about depositing and digitizing original records. Explore more in our interactive map! 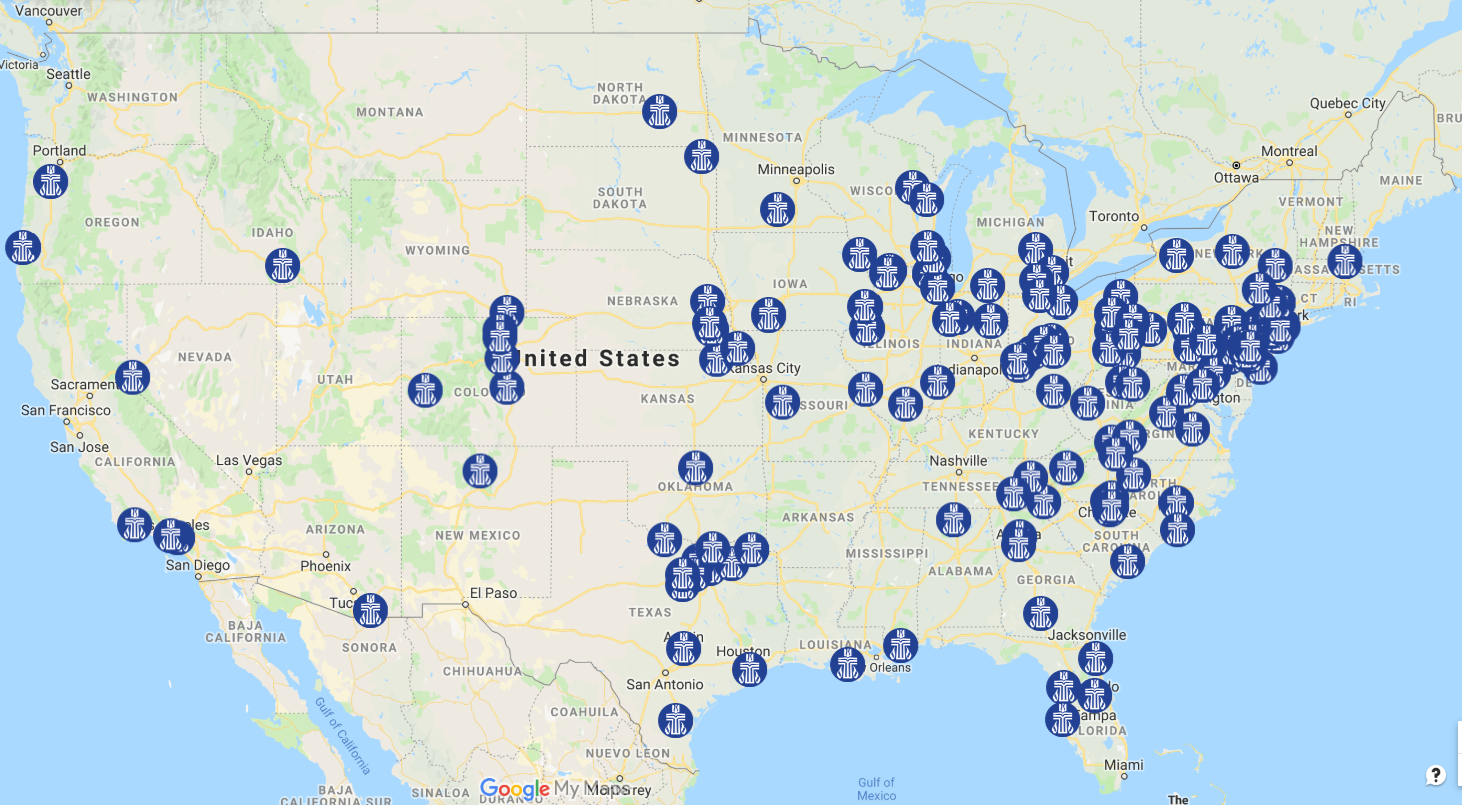 In the second quarter, PHS brought into the archives 98 groups of materials amounting to more than 161 cubic feet. This included the original records of 54 PC(USA) congregations, from 17 states, the District of Columbia, and Puerto Rico. 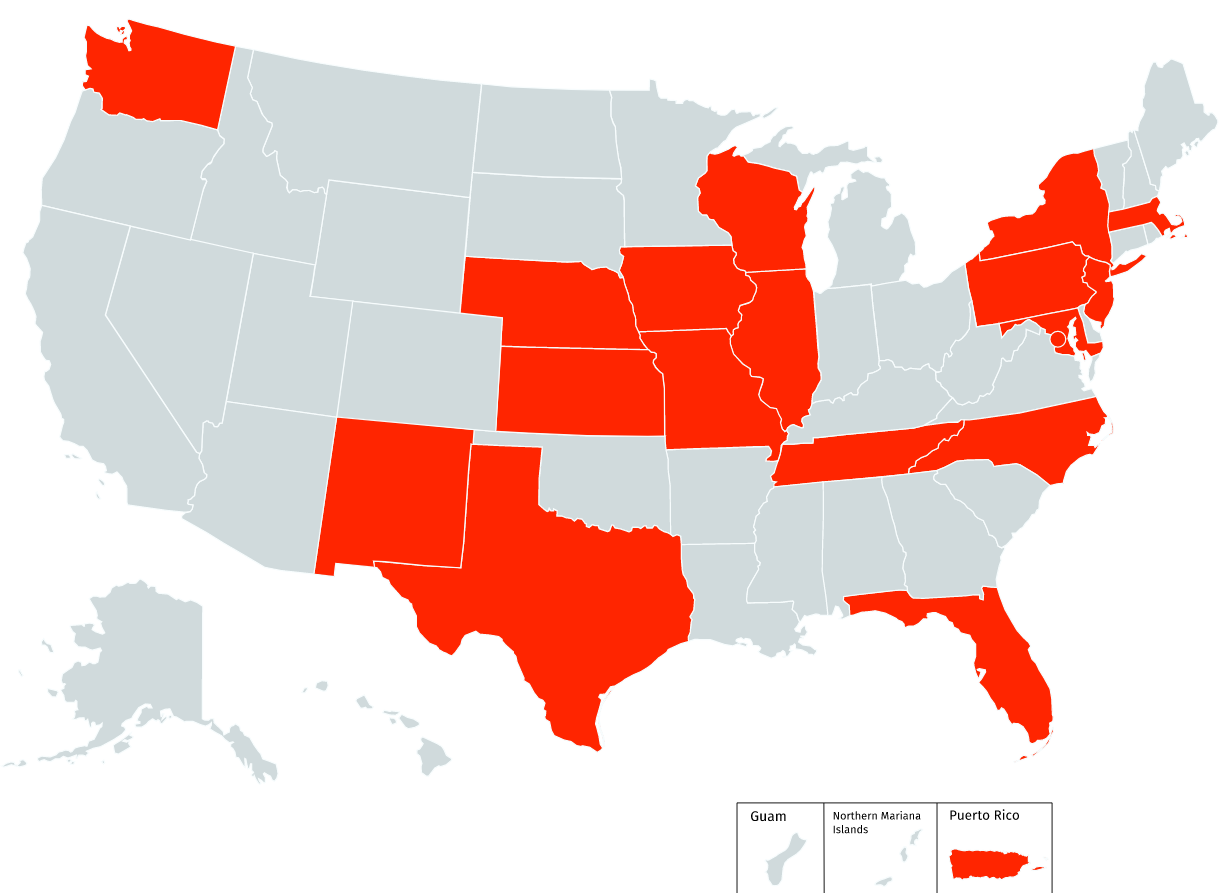 Where our new accessions came from in the second quarter. See our most recent acquisitions in Sheppard.
Learn about our work in the first quarter of 2019 here. And look for the next update in this series in the fall.
Print
New & Noteworthy