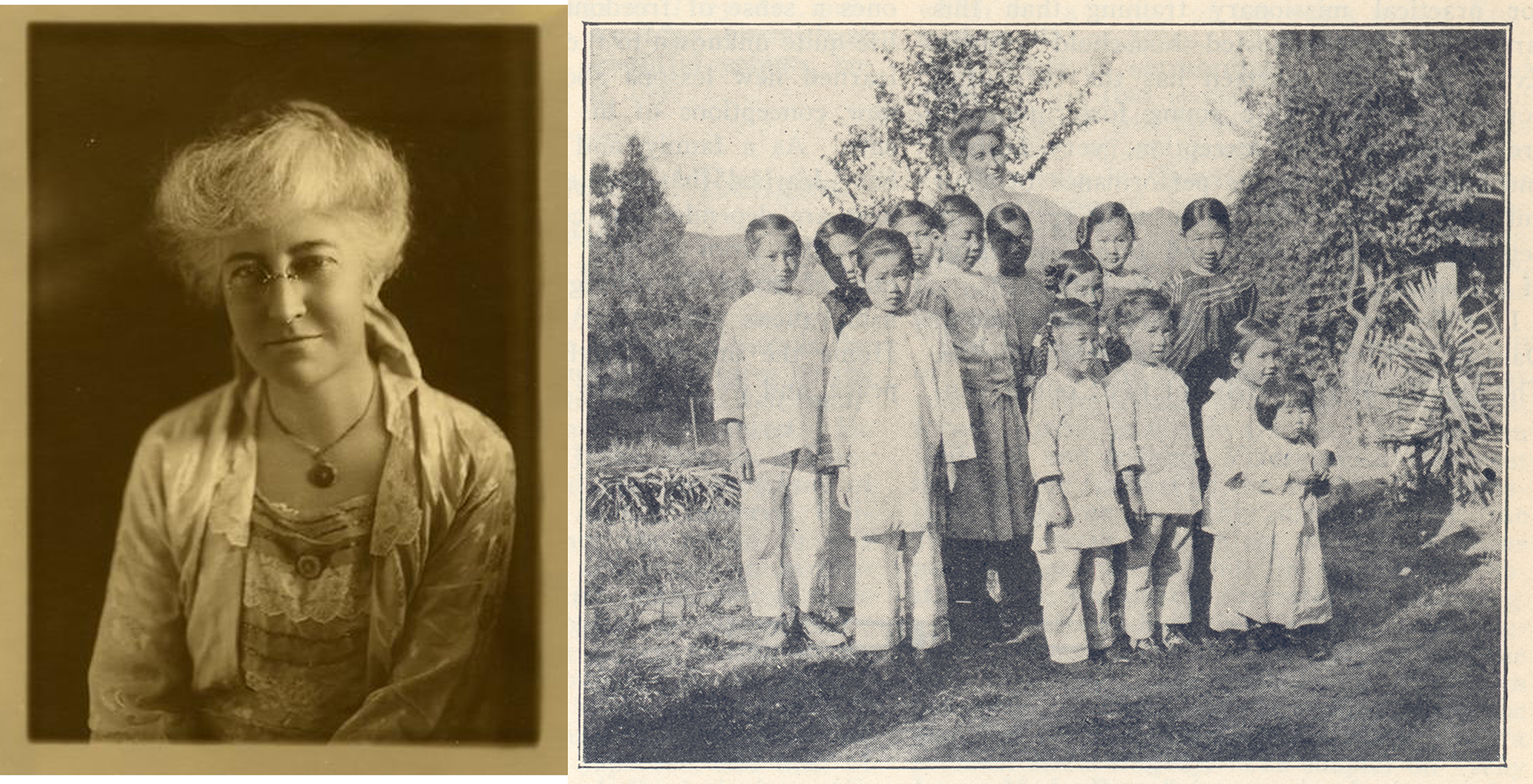 Donaldina Cameron (1869-1968) captured the nation’s imagination at the turn of the 20th century by running a “safe house” for vulnerable girls and young women on the edge of San Francisco’s Chinatown. She was a tall, auburn-haired woman with a Scottish lilt who fascinated headline writers and the public alike.

Cameron wasn’t the founder of the Presbyterian Mission House in Chinatown, nor did she run it single-handedly. The home opened in 1874, more than two decades before Cameron first arrived as a sewing teacher in 1895. Throughout its sixty-year history, all of the home’s superintendents, including Cameron, relied on Chinese translators and volunteers to help the home run smoothly. 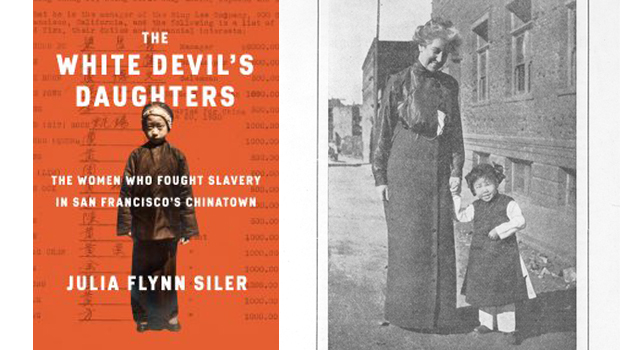 My recent book The White Devil’s Daughters: The Women Who Fought Slavery in San Francisco’s Chinatown tells the story of the many people involved with the home – white and Asian, women and men. I was fascinated by how this extraordinary and often cash-strapped band of activists managed to disrupt the lucrative business of human trafficking between China and America for more than half a century.

To investigate the history of the home and its people, I traveled to Philadelphia in 2014 and 2015 and spent several days working in the archives of the Presbyterian Historical Society. My goal was to uncover the stories of those who founded, supported, and worked in the mission home from the early 1870s to the mid-1930s, as well as the inspiring stories of some of the thousands of residents who passed through its doors to find their freedom. In PHS’s files, I tracked down the papers of Samantha and Ira Condit, a missionary couple assigned to work in Chinatown in the 1870s, a time of virulent anti-Chinese prejudice in the West. The Condits were closely involved in the founding of the home. As Ira wrote to a fellow clergyman in June 1873 about his wife:

“Yesterday Mrs. Condit had an interesting meeting with the (Chinese) women. Ten were present. They were first entertained socially in our house then a service held for them in the chapel. The bitterness not shown here against the Chinese is I believe working for good.”

Nine months later, Presbyterian women led by Condit and others opened the first iteration of a small “safe house,” offering a refuge to women who’d been trafficked into sex slavery or other forms of subservience. Soon, the project would grow as supporters raised the money to purchase a large home at 920 Sacramento Street in San Francisco.

Margaret Culbertson, the superintendent of the home from 1877 to 1897, was a hero of the story whose story is hardly known. She came to life for me with the help of materials at PHS. I learned, for instance, from her biographical file that nearly seven hundred girls had found refuge at the home during her tenure as superintendent. She also hired and mentored Cameron, who first arrived at the home in 1895 as a sewing teacher.

Culbertson and Cameron faced down many threats: sticks of dynamite placed at the home, legal assaults from brothel operators and traffickers, even outbreaks of the Bubonic Plague in the first decade of the 20th century. Those stories made it into the newspapers. But more interesting were the quiet yet inspiring stories I found in the records at PHS involving the home’s Chinese aides and residents.

Perhaps the most moving involved Cameron’s longtime colleague Tien Fuh Wu, who had been sold by her father into servitude as a child to pay his gambling debts. Wu arrived at the home about 15 months before Cameron, in 1894, gained an education at the elite Stevens School in Philadelphia and Bible College in Toronto, and returned to work at the home in San Francisco in 1911 as an interpreter and “rescue missions” participant.

Cameron and Wu worked side-by-side for more than 25 years, until Cameron’s retirement. The letters and employment files at PHS helped reveal the nature of their long working relationship and friendship, which extended into both women’s retirements. Cameron lived in a tidy home in Palo Alto, and she arranged for Wu to retire into a cottage next door. 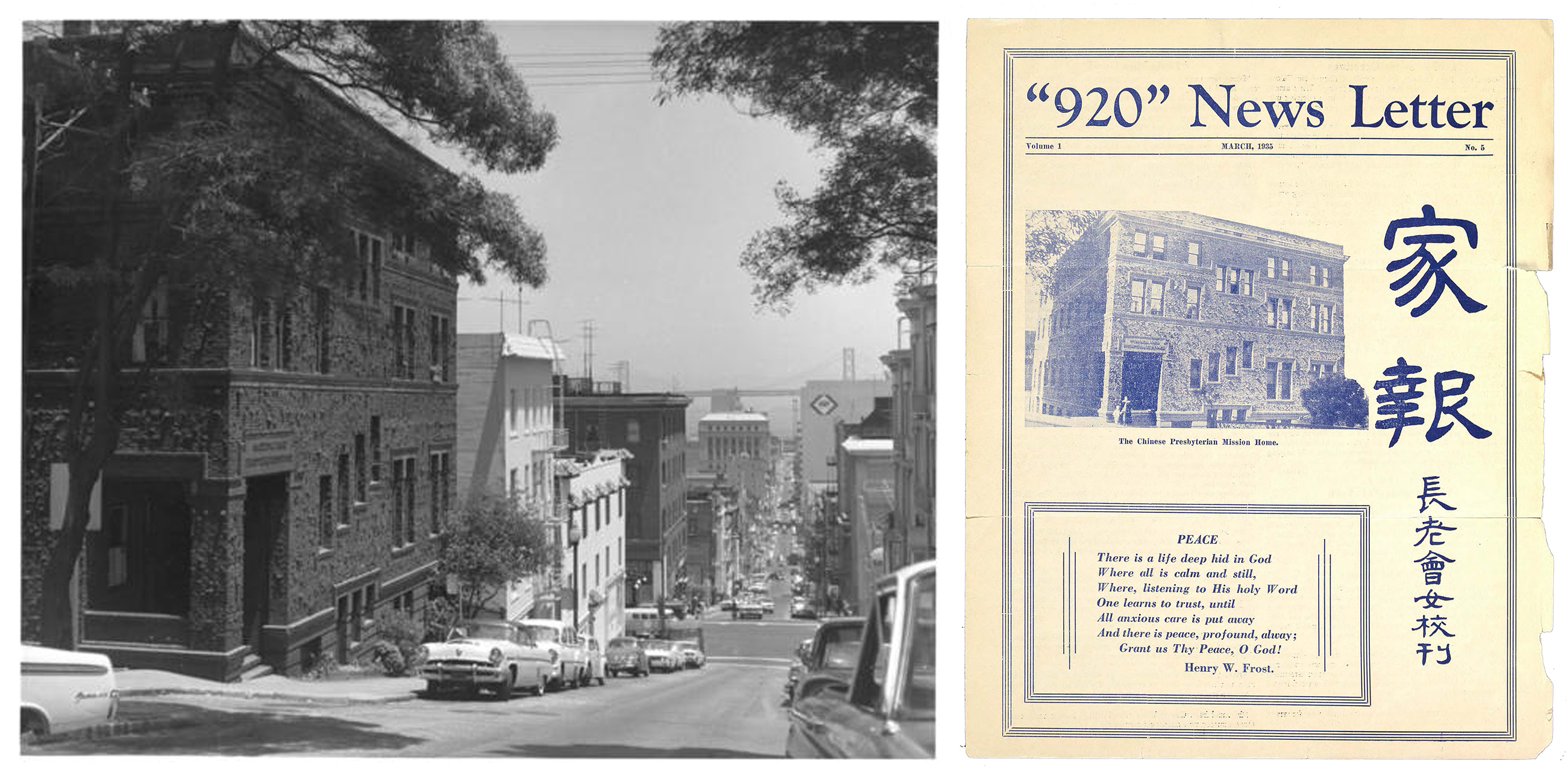 After five years of researching the history of the Presbyterian Mission House in Chinatown, I remain fascinated by how Cameron and Wu, both immigrants from distant continents, leaped barriers of race, class, and culture to unite in a shared mission: to offer refuge for vulnerable women. In a folder at PHS I found this touching letter written by Cameron in 1941 describing the woman she called “Blessed Tien”: “…no daughter could be more faithful and devoted, she is a great solace to my heart….”

I am deeply grateful to PHS’s staff for their assistance over the many years it took me to research and write my book. And I urge other researchers to begin exploring its deep and bountiful holdings in their building or online.

--Julia Flynn Siler is a New York Times bestselling author and journalist. Her latest book is The White Devil’s Daughters: The Women Who Fought Slavery in San Francisco’s Chinatown. She will be speaking at the Presbyterian Historical Society in Philadelphia on Thursday, July 25th, at noon. For more information, please visit www.juliaflynnsiler.com.

Guide to the United Presbyterian Church in the U.S.A. Board of National Missions Dept. of Health, Education and Welfare Records (RG 301.8) (collection at PHS)

Guide to the United Presbyterian Church in the U.S.A. Support Agency Photographs (RG 303) (collection at PHS)