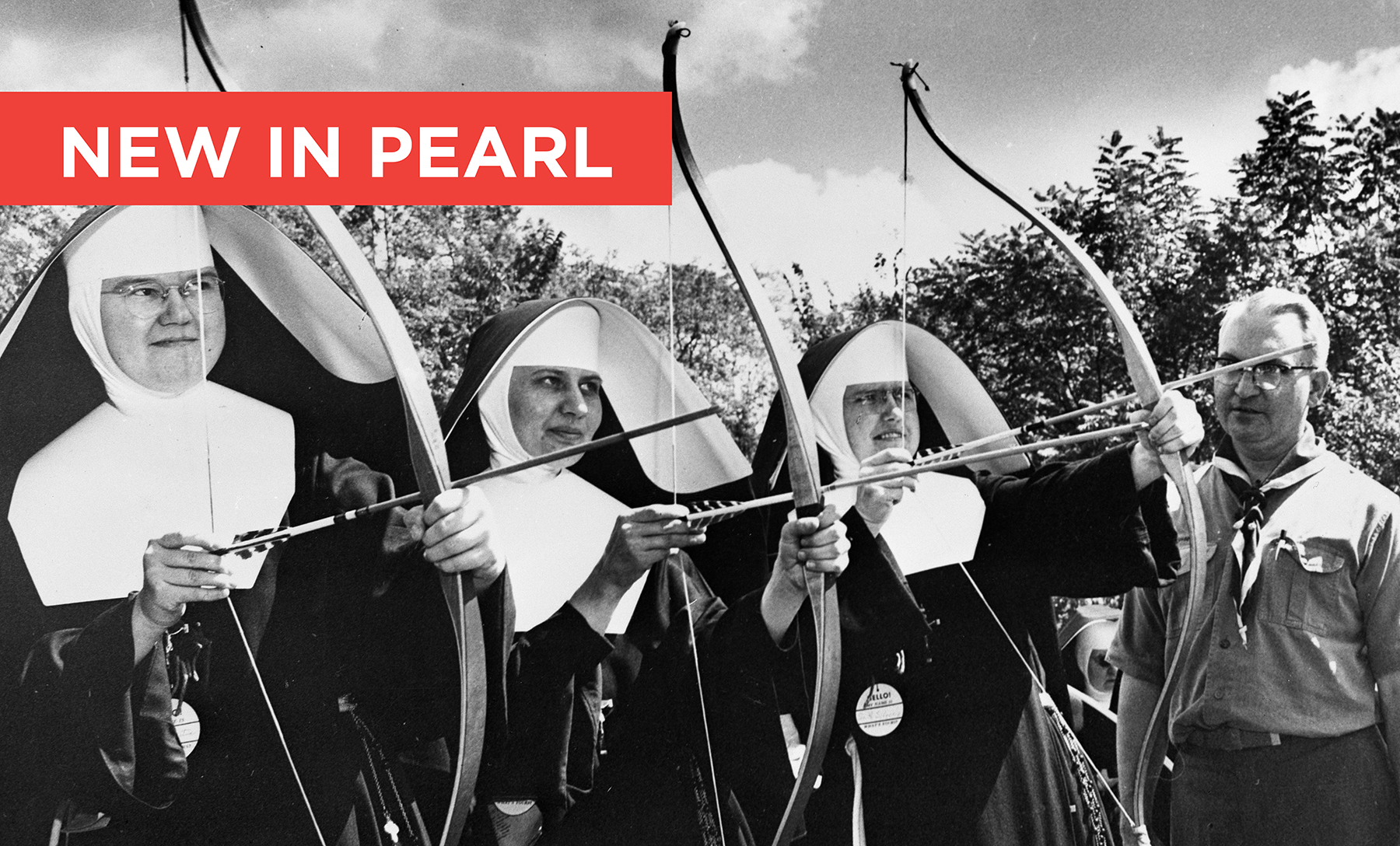 In August, we completed an NEH-funded project to scan 493 photographs and related documents created by the Religious News Service. The photographs--most with extensive captions--document the history of Protestant, Catholic, Eastern Orthodox, and Jewish groups in the United States during the twentieth century, as well as the intersection of religion and politics, society, and culture in the U.S. and abroad. As Archives and Metadata Technician Allison Davis notes in her blog post about the project, many of the images are as charming or captivating as they are informative.

As a corollary to the RNS photographs, we’ve digitized theologian Reinhold Niebuhr’s weekly columns, also published by the Religious News Service. The 1947 and 1948 pieces engage with contemporary social, cultural, and political issues, including race relations in the U.S., and immigration and refugee resettlement in post-WWII Europe. 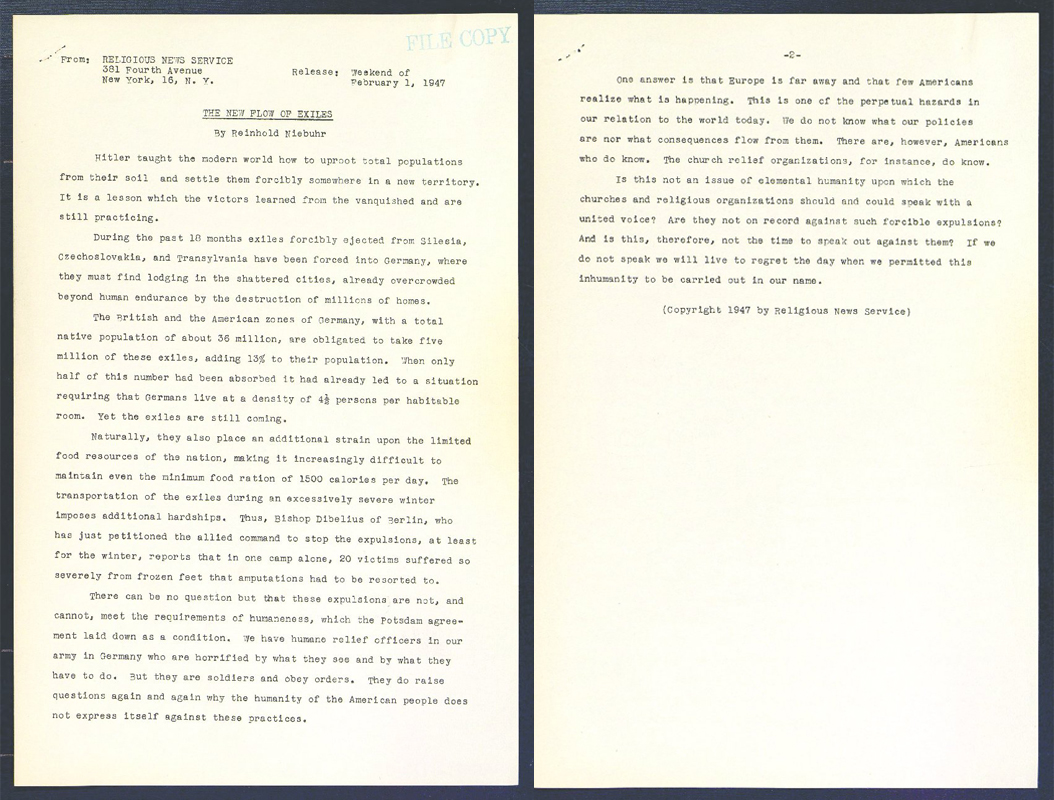 The Pearl LGBTQIA+ history collection grew with the addition of recently conducted oral histories, photographs from recently acquired collections, and publications. Interviews with Barry Smith, historian at Chicago’s Lincoln Park Presbyterian Church and an early participant in Presbyterians for Lesbian and Gay Concerns, as well as leaders from the Covenant Network and That All May Serve Freely provide a first-hand account of the struggle for LGBTQIA+ rights in the church. Photographs from the personal papers of David Sindt--founder of Presbyterians for Gay/Lesbian Concerns--document the gay rights movement and AIDS activism in the 1980s, while scanned publications shed light on the progressive Lincoln Park church.

The research interests of Community College of Philadelphia student and PHS intern, Anthony McDonnell, also prompted new additions to Pearl. Anthony drew upon our archival and library collections to research and write blog posts on topics as varied as the complicated religious, political, and cultural history of sectarian tension in Northern Ireland, and sitting members of U.S. Congress, circa 1980--the latter based on autographed pictures from Edward L. R. Elson photograph album. We were able to make the materials Anthony identified and contextualized in his blog posts accessible to others via Pearl. 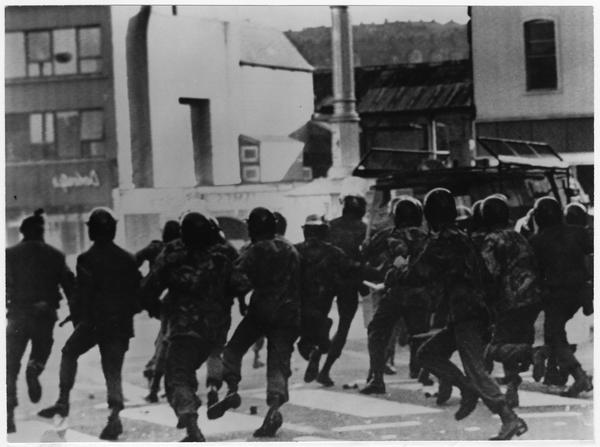 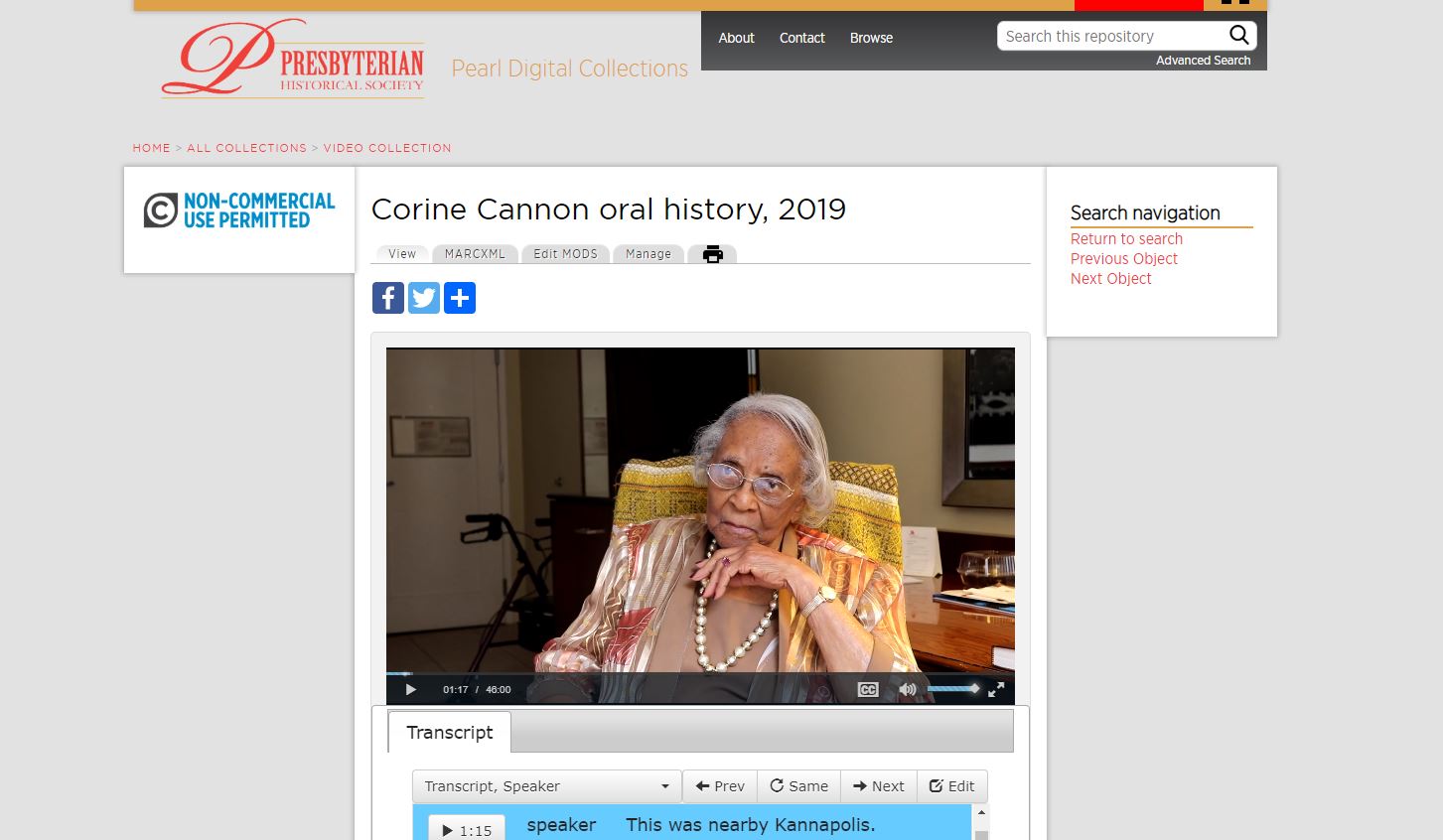 Corine Cannon oral history, 2019. [Pearl ID: 150680]
Of course, we continue to develop existing collections in Pearl beyond these four initiatives. Of note, over 80 items were added to the Audio collection, including a 1925 10” 78 rpm album of Navajo songs, and “Paul's Letter to American Christians,” an address by Dr. Martin Luther King, Jr. to a COEMAR breakfast at the 1958 General Assembly. Additions to the Mission History collection include the American Presbyterian Congo Mission records (RG 432), the PCUS Korea Mission records, and the Mitchell Family papers. The Pieters in Korea (2004), a monographic study of a multi-generational missionary family in Korea, has been made available in its entirety, as has “Yankee Thai,” Dr. Edwin Charles Cort’s manuscript based on his mission work in Thailand.
Print
Digitization