Not all Presbyterians were Patriots, nor were all Patriots men. Presbyterian women who backed the rebel cause boycotted the importation and use of British goods. Their efforts were satirized by British cartoonist Philip Dawe in his depiction of a group of North Carolina women drafting a petition to boycott English tea in response to the Continental Congress’s resolution to boycott British goods. 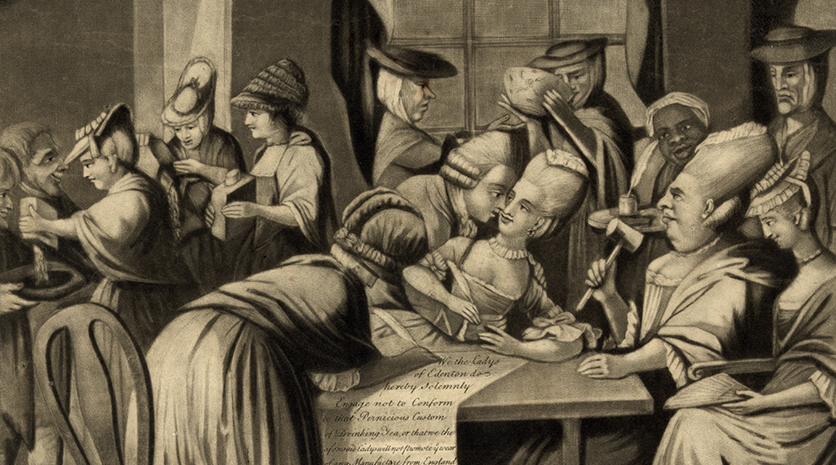 Philip Dawe, “A Society of Patriotic Ladies, at Edenton in North Carolina” (London: Printed for R. Sayer & J. Bennett, 1775). View full image. Courtesy of the Library of Congress.
Loyalist wives and daughters of establishment families, such as Flora MacDonald (1722-1790), opposed the Patriot tide. In 1774, Flora fled famine and oppression in Scotland, seeking a new life with her family in Wilmington, North Carolina. Since her husband, Allan MacDonald, had signed an oath of loyalty to England in order to receive a military commission, the MacDonalds decided to remain loyal to the king when the war broke out. In 1775, royal governor Josiah Martin raised a small North Carolina Highland regiment to fight the Patriots, and he included Allan MacDonald. In 1776, a small group of Highlanders, along with other Loyalists, departed for the coast to join the British army. According to local legend, Flora made a powerful speech as the troops departed, rallying them to the Loyalist cause. The MacDonalds worshipped at Barbeque Presbyterian Church, Sanford, North Carolina, a congregation which still exists today. 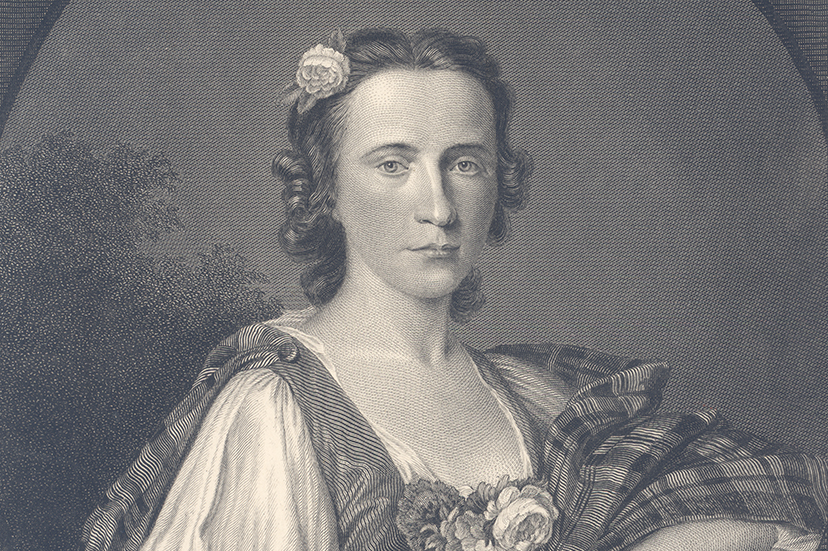 African Americans and Native Americans fought on both sides of the war, seeking to preserve native lands or gain individual freedom. On the western frontier, where tensions between Patriot settlers and Native Americans were especially high, Presbyterian minister Samson Occom —a member of the Mohegan tribe of east-central Connecticut who converted to Christianity at age 18—encouraged other native Christians to remain neutral. 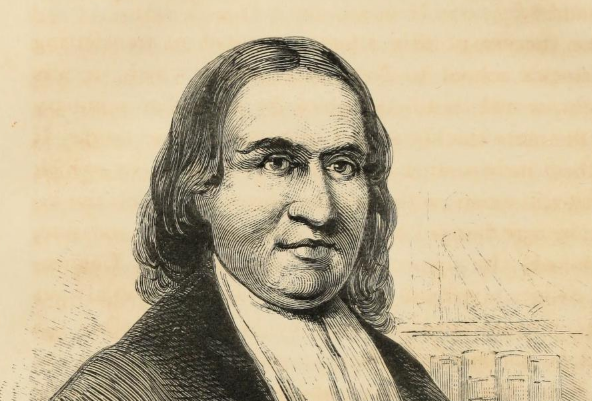 In 1780, Anglican minister Jonathan Odell wrote, “I’d rather be a dog than Witherspoon.” Three years later, after the Treaty of Paris formally ended hostilities, Odell found himself a resident of British-controlled Canada. John Witherspoon remained in the nation he helped create, leading efforts to formalize the Articles of Confederation and the U.S. Constitution.

Exhibit Navigation
Presbyterians and the American Revolution, Page 1
Before: Asserting a Right to Religious Freedom, Page 2
Before: Religious and Political Conflict in the 1760s, Page 3
During: Urging Americans to Arms, Page 4
During: The Fighting Presbyterians, Page 5
During: War Stories, Page 6
During: Difference and Dissent, Page 7
After: Presbyterians Following the War, Page 8
After: Freedom and Equality for All, Page 9
During: Difference and Dissent, Page 7
Previous Page
Next Page
Print
New & Noteworthy