In Pennsylvania, many of the new Presbyterian immigrants settled in frontier areas. Conflicts with Native Americans and concerns about Quaker political dominance erupted in violence in late 1763 when the Paxton Boys massacred a group of peaceful Susquehannock Indians near Lancaster. A larger group then marched on Philadelphia in early 1764. Benjamin Franklin rallied a militia that stopped the Paxton Boys outside the city, but the incident sparked much political tumult, especially between Quakers and Presbyterians who were labeled “Piss-brute-tarians (a bigoted, cruel and revengeful sect).” To counter the Presbyterians, Franklin backed a plan to install a royal government in Pennsylvania in place of the Penn proprietorship. Leading Presbyterian ministers including Gilbert Tennent and Francis Alison spoke out against a royal charter, and the conflict prompted formation of the first committees of correspondence—organized by Pennsylvania Presbyterians to oppose Franklin and his scheme. The Presbyterians and their allies succeeded, and a decade later committees of correspondence became a hallmark of American opposition to British rule during the Revolution.

Political cartoons of the era captured the animosity between Quakers and Presbyterians. In the drawing below, Quaker merchant Israel Pemberton, identified by his initials “IP” on the barrel in the lower left, gives hatchets to the Indians, telling them to “Exercise those on the Scotch Irish & Dutch & I’ll support you while I can.” Benjamin Franklin, in the right foreground, stands holding a bag of Pennsylvania money saying he will be content if he gets the government. A group of Quaker men sit behind them at the table and fret over the colony’s fate with one of them saying, “I’m afraid those wicked Presbyterians will get their ends accomplished.” 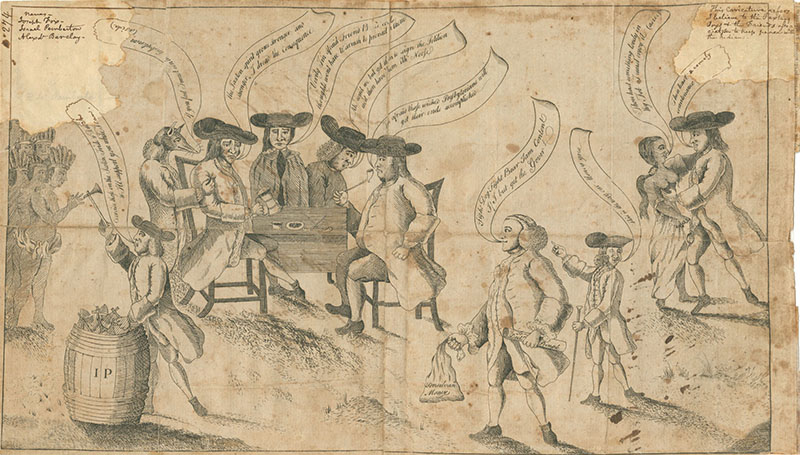 Presbyterians joined others in criticizing the Anglican Church, contributing to the revolutionary fervor by undermining the concepts of authority that had denominated colonial life. Controversy over the possible appointment of an Anglican bishop for the colonies heated up in the 1760s with George III's accession to the British throne. 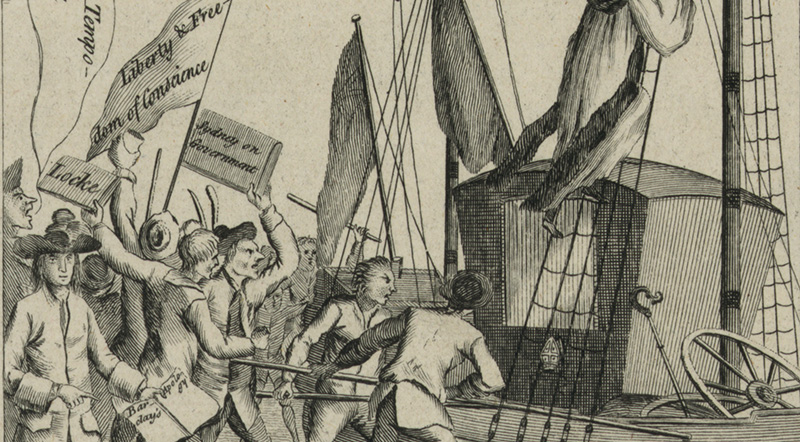 Cartoon from 1768 depicting angry American colonists using long poles to push the ship of an Anglican bishop out to sea. The mob flings a volume of Calvin's Works at the bishop while shouting, "Liberty & Freedom of Conscience." Print designed and engraved for the Political Register. Catalogue of prints and drawings in the British Museum. Division I, political and personal satires, v. 4, no. 4227. View full image. Courtesy of Library of Congress Prints and Photographs Divison.

Into this charged atmosphere came John Witherspoon. He arrived from Scotland in 1768 to lead the College of New Jersey (later Princeton University), the school founded by “New Side” Presbyterians in 1746. Although seen as a moderating force initially, Witherspoon was quite outspoken in his support for the patriot cause. Both Witherspoon and Francis Alison strongly opposed the installation of an Anglican bishop in America. Witherspoon served in the Continental Congress and was the only active minister to sign the Declaration of Independence. He also educated a number of leading revolutionaries including James Madison and Aaron Burr. 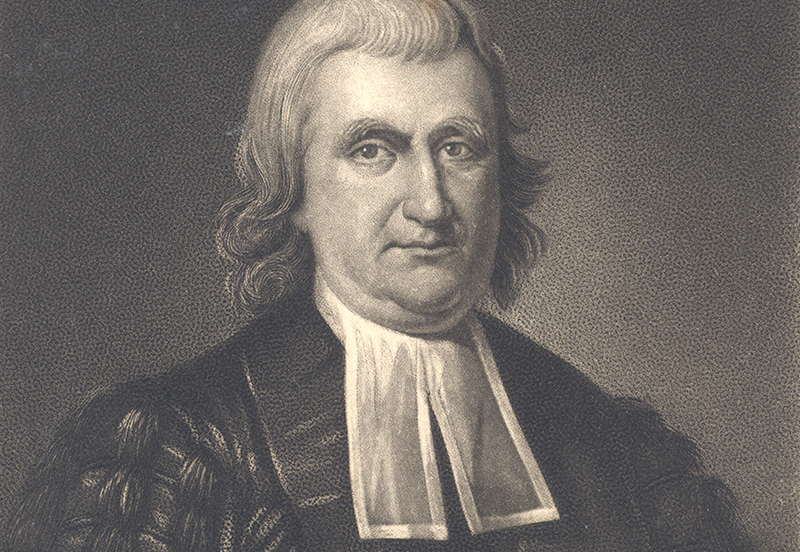 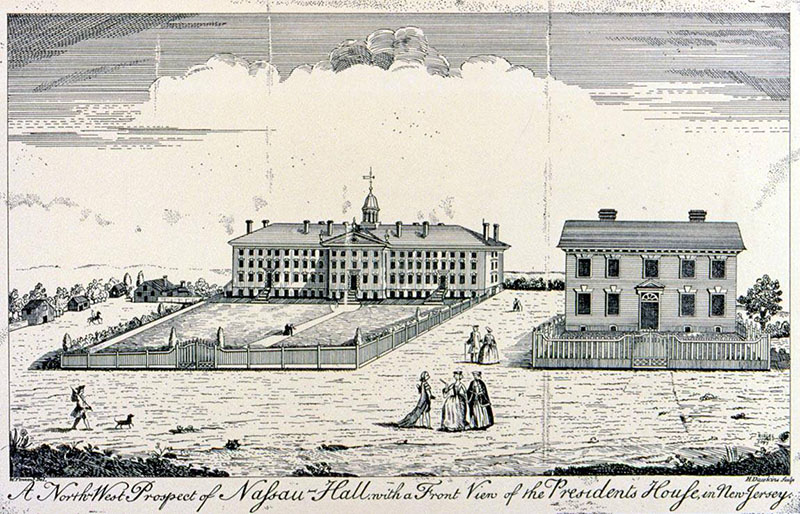